Pokemon’s universal punching bag gets a game all to itself.

In the word of Pokemon, a Magikarp is almost always a joke. Though it evolves into the powerful Gyrados, an average Magikarp is all but useless in a battle. In Magikarp Jump, however, the flopping fish is given center stage, competing in jumping contests to determine which Pokemon can leap the highest. It’s a silly premise for a game that clearly doesn’t take itself seriously, but provides some amusing, if shallow (pun not intended), gameplay. 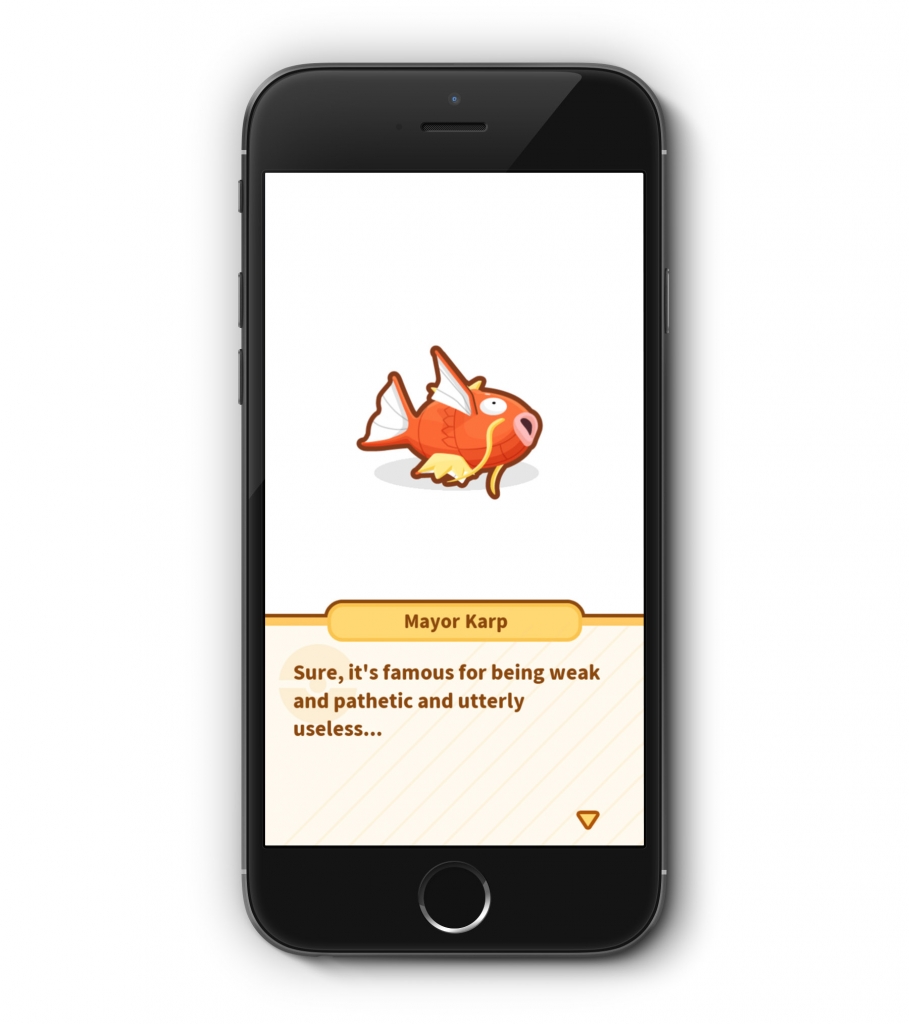 The art and design of Magikarp Jump is big and bold, with cartoonish lines and smooth animation. Buttons and characters are easy to interact with, and quick but informative tutorial is designed to get players hopping into the action quickly. At its heart, Magikarp Jump is a tapping game similar to Tap My Katamari: items and decorations can be bought to help your Magikarp grow stronger, and progress is accrued over time based on these purchases. It builds momentum quickly however, and only at later stages do the long cooldowns (which can be sped up with real money, of course) seem to slow down the pace and interaction of the game.

While the game centers around raising your Magikarp to its maximum potential, the real fun comes in the random encounters and hidden secrets. Nearly every action in the game, from winning matches to training to simply sitting on the home screen, can trigger a random event. These range from helpful, such as increasing the Magikarp’s size or giving you more chances to train, to detriments like losing progress, or even in some terrible cases, losing the Magikarp entirely. In fact, its alarmingly easy to have the Magikarp ‘retire’ or suffer some random fate, forcing the player to start over with a fresh catch. In most games this wouldn’t be nearly as jarring, but in the Pokemon universe the Pokemon themselves are generally only treated as expendable by the bad guys. It’s a bit unnerving how calm everyone is about tossing away your Magikarp for a better one. 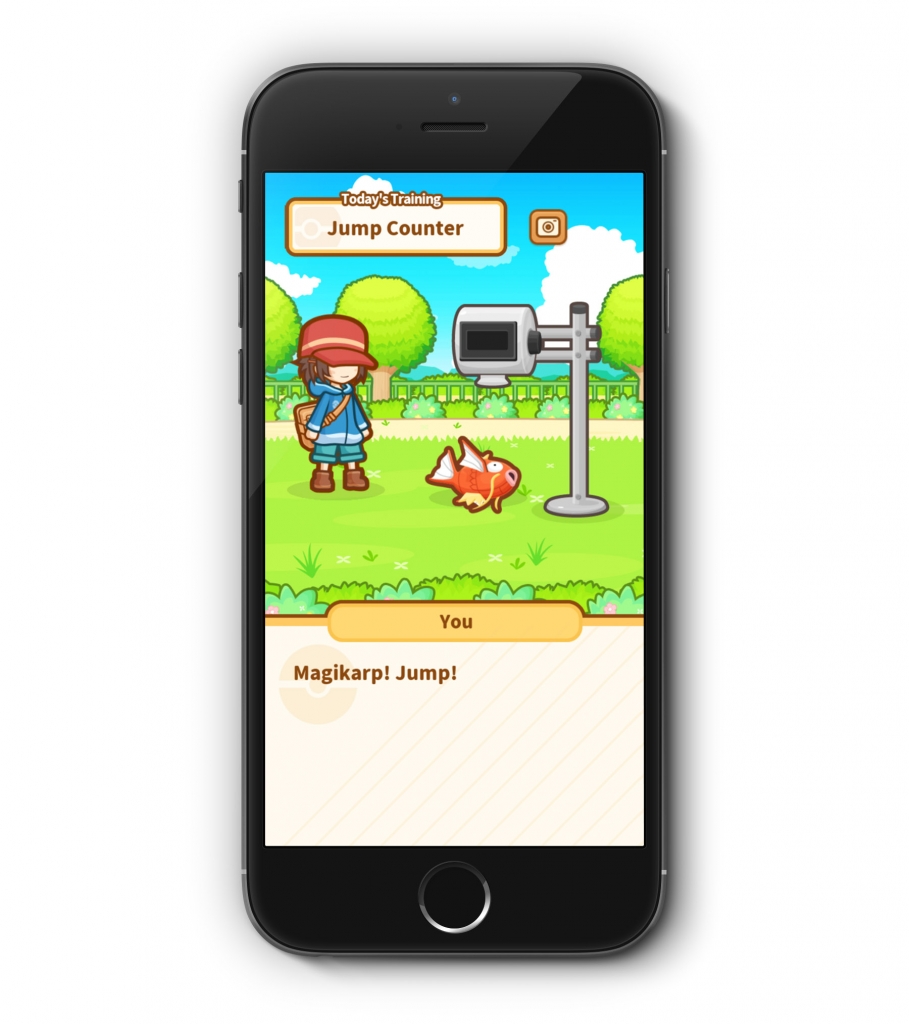 In fact, getting attached to a particular Magikarp might not be a good idea, as the game forces you to retire them after one loss in a league. It seems like an artificial way to introduce longevity, especially since the game goes out of its way to make sure the player knows when a Magikarp has peaked and can’t get any better. Instead of bonding with one particular Pokemon, players are encouraged to catch and release multiple times, unlocking new patterns, items for decoration, and events, all while training the poor fish to hurl itself into the atmosphere. Magikarp Jump features a good deal of unlockables, but most of them seem locked behind a paywall that the average player may never approach. Though the game does feature an ending of sorts, unlike most mobile point grinds, all it really does is unlock a few new colors and items.

As with any mobile game in 2017, there are options for microtransactions that will help you fish grow larger, faster. For the most part, these are unnecessary, but the game does slow down at higher levels, which could cause many players to abandon the game rather than start paying real money. However, there is enough fun to be had at the front end of the game to make Magikarp Jump worthy of a download, especially for fans of the Pokemon franchise.