A new hero-collector with tons of polish and depth.

There’s no shortage of hero collector style games on any app store, and at first glance, Raid: Shadow Legends follows the standard design very closely. Players can collect a wide variety of heroes, each with their own unique skills, synergies, and upgrades. By building teams of these heroes, players progress through a series of battles against AI in a story that is generic, but passable. At first glance, the barely weeks out-of-beta Raid: Shadow Legends seems like another cookie-cutter genre game, but it’s whats under the gloss that really sets this game apart. 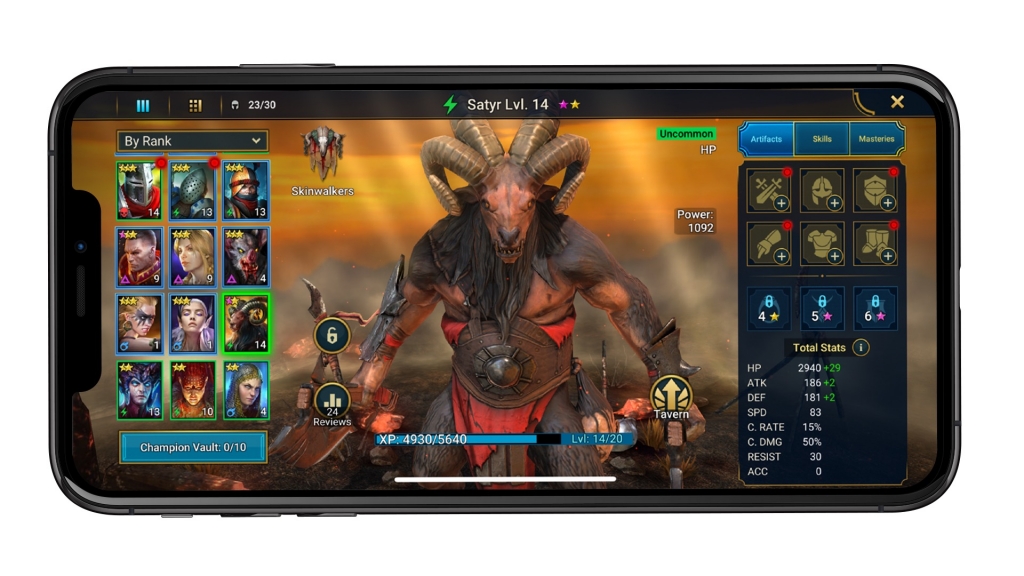 If you’re looking for depth in customization, Raid: Shadow Legends does not disappoint. Each hero can be leveled up through participating in battles, but there are also items to enhance (and sets to collect), skills to customize and develop, fusions to unlock, and a smattering more ways to interact with the numbers that drive the game. Chances are, if you’re the type of gamer that loves slowly growing and shaping teams and synergies, R:SL is already on your list. As to be expected with a game like this, a decent amount of the progression is locked behind random number generation (RNG). While mobile gamers and fans of the genre are used to this, newcomers may find the lack of a ‘guaranteed’ progression system frustrating. Obviously, as a mobile game in 2019, there are plenty of opportunities to spend real-world money to break down these RNG walls, but thankfully the progression never feels too inhibited. 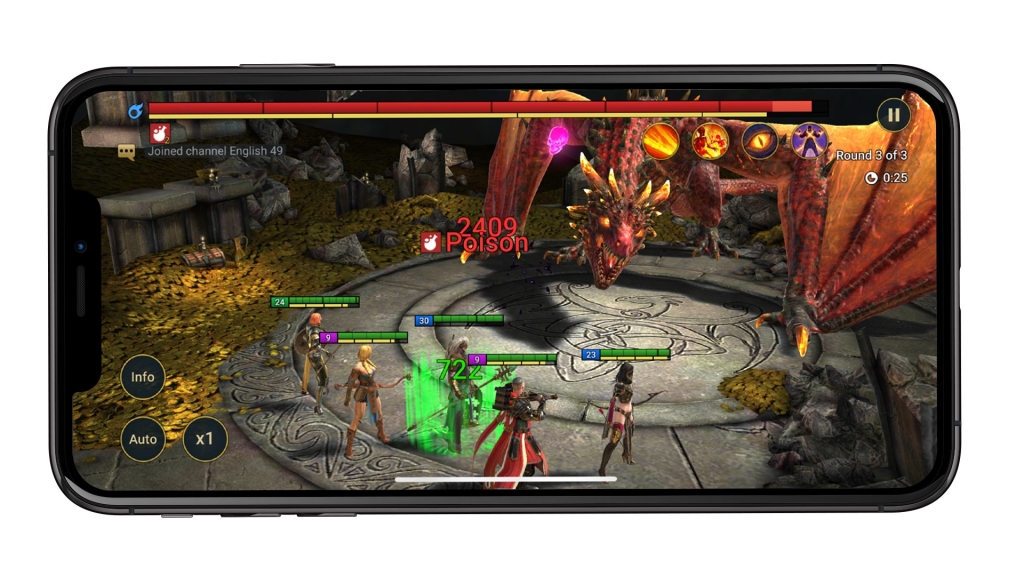 In terms of mobile games, R:SL is packed with fantastic graphics and effects, and clearly has a level of professional sheen applied to it. Characters are big and vibrant, although there are some color-swapped units passed off as different character models. For the most part, the characters play differently as well, even though combat is basically boiled down to selecting an attack, and then selecting a target. You’ll find the standard tropes of healer, tank, sniper, etc, but with a few more unique classes thrown in that help edge R:SL over its competition. Once you’re close to half-way through the main story of the game, there’s generally a lot more tactics to the fights, as the importance of buffs/debuffs and turn order really starts to increase. Of course, this can all be negated by paying cash for elite character options, but at that point, you’re basically letting the game play itself. 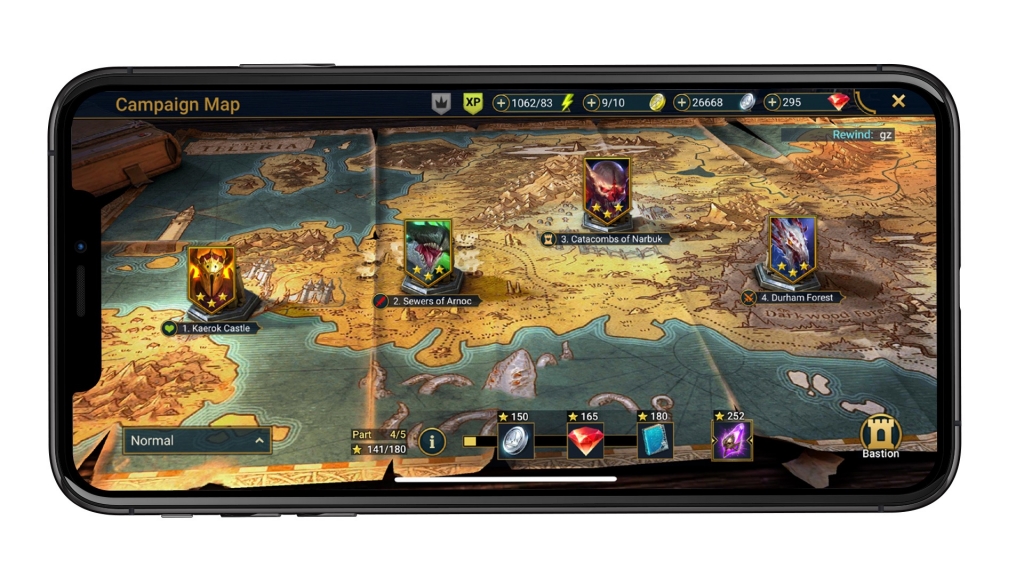 There are a few issues with Raid: Shadow Legends, but surprisingly none that really detract from the overall experience. The large amount of ways to level characters and multiple currencies can easily get overwhelming, and while the instructional videos and loading screen hints are helpful, it’s a lot to learn initially. And of course, if this sort of game isn’t your cup of tea, there’s little here that will convince you to try it, as it leans very heavily into the hero-collecting genre. Finally, the character designs are all over the place in terms of quality: some of them could hail from well-stablished fantasy properties, and some look more like a teenager’s notebook scribbles entitled ‘sexy barbarian woman with giant axes’. 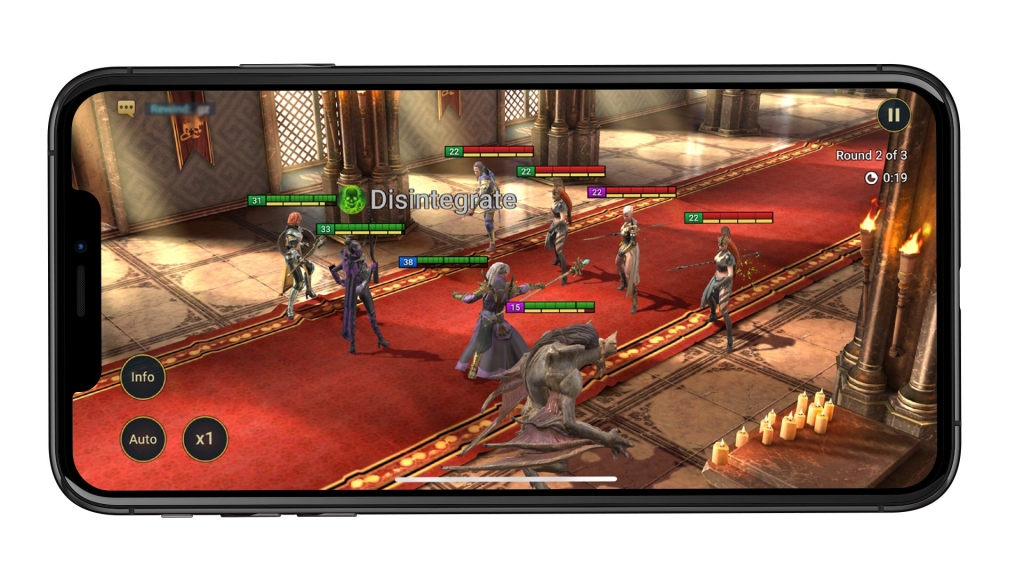 Raid: Shadow Legends doesn’t do anything to revolutionize the hero-collecting genre, but it does deliver a solid, polished product that can easily suck away free time during coffee breaks and short commutes, especially with its remarkably quick load-times. The game is also very young, having only left beta barely a month at the time of this article. As it grows and expands, hopefully developer Plarium will be able to keep the game feeling like a fun, detailed RPG, and not fall victim to the ‘pay to win’ mentality that seems to always consume these types of games. For now though, Raid: Shadow Legends is worth the price of admission (free!) and has the potential to become one of the best games in its genre.