The flashiest and most explosive Dragonball fighting game yet, but is it more than just style?

Dragonball FighterZ is a mixed bag of first impressions. Videos of the battles have circulated for a few months, showcasing amazing colors, effects, and blindingly-fast fighting. Unfortunately, this is followed up by one of the worst lobby systems I’ve ever seen, immediantly killing all the momentum to jump straight into the game. In fact, this sums up Dragonball FighterZ overall; a fantastic fighting game saddled with some mind-numbingly bad design choices. 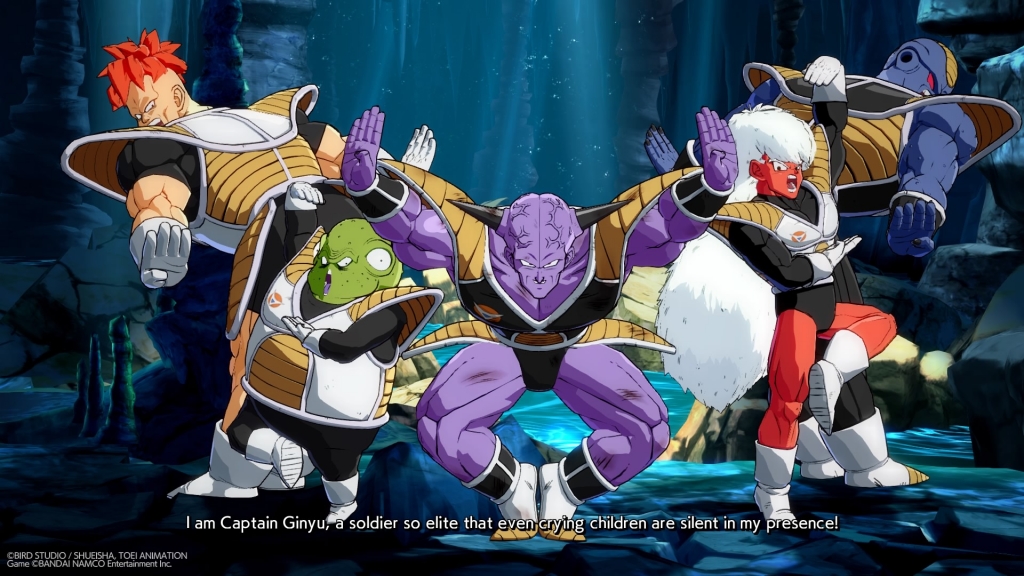 First and foremost, the early release footage wasn’t a lie; FighterZ is packed with brutal, high speed combat and mind-melting special effects. Even the most basic combos hit with the power and flair of the best fights in DBZ and DBS, and the world-ending ultimate attacks are gorgeous to behold. The characters all move fluidly and uniquely, and the backgrounds, while standard Dragonball fare, look great being blown up again and again. This is a game full of great screenshots, if you can mange to get one that isn’t dominated by mile-high energy blasts. Everything in this game feels like it fits perfectly in with the Dragonball universe, visually. 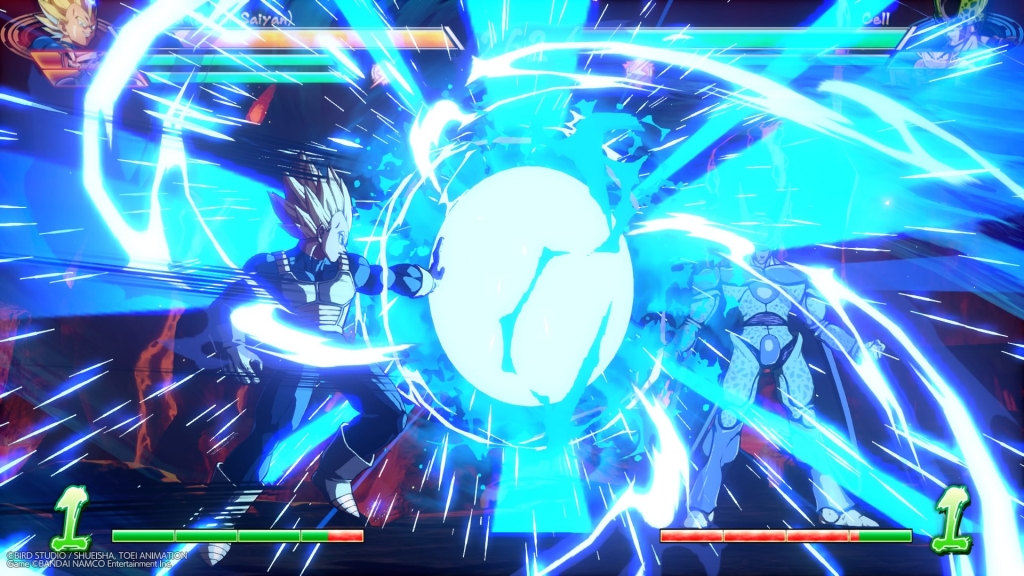 With any fighting game, though, graphics always take a backseat to controls, and thankfully FighterZ delivers in that area as well. The controls are precise and flow easily, so much so that an average player can pick it up and pull of impressive combos in no time. However, the depth of the system goes far past button mashing, and players willing to dedicate some time into learning the huge amount of counters, blocks, and reversals will find a wealth of options. It’s a rare fighter that is so easily picked up by new and seasoned fighting game fans, and with the gradual learning curve presented in the arcade mode, even beginners can start to master more complex moves. Of course, all of this is thrown out the window the minute you jump online, as usual with fighting games, as you’ll be bodied into a corner by a nonstop Yamcha combo until you quit and go back to arcade. 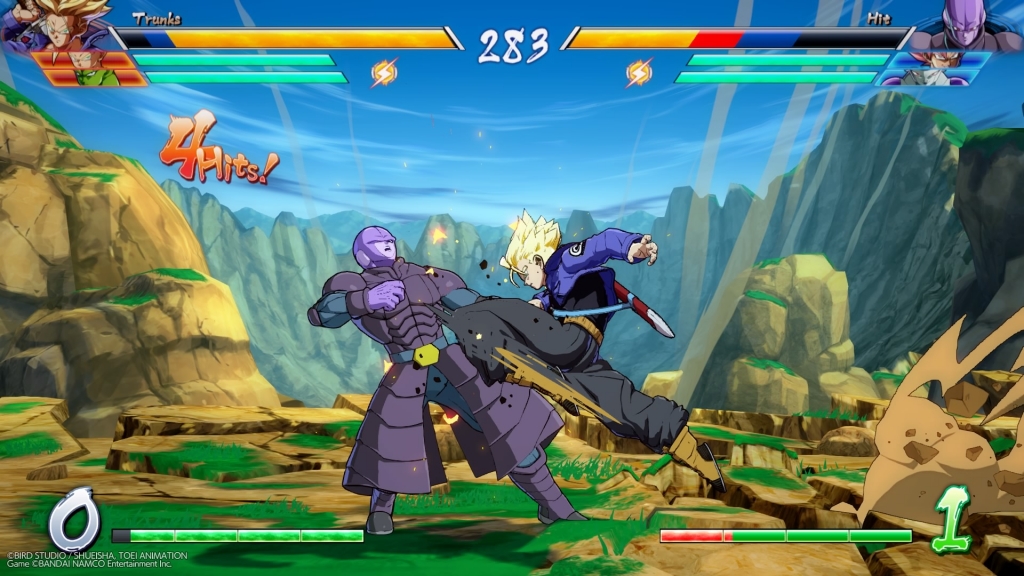 Like most modern fighting games, FighterZ includes a story mode. However, despite the bombastic and over-the-top setting of the Dragonball universe, the awkward pacing and boring cutscenes really drag it down. I applaud the story mode for trying to do something a little different than the usual Dragonball story, but it falls flat pretty early on, and battling waves of clones to get to a boss fight just feels like a drag. Thankfully, all of the achievements can be gathered on one play-through, and it does at least give the opportunity to play as some fighters that might not normally be chosen. 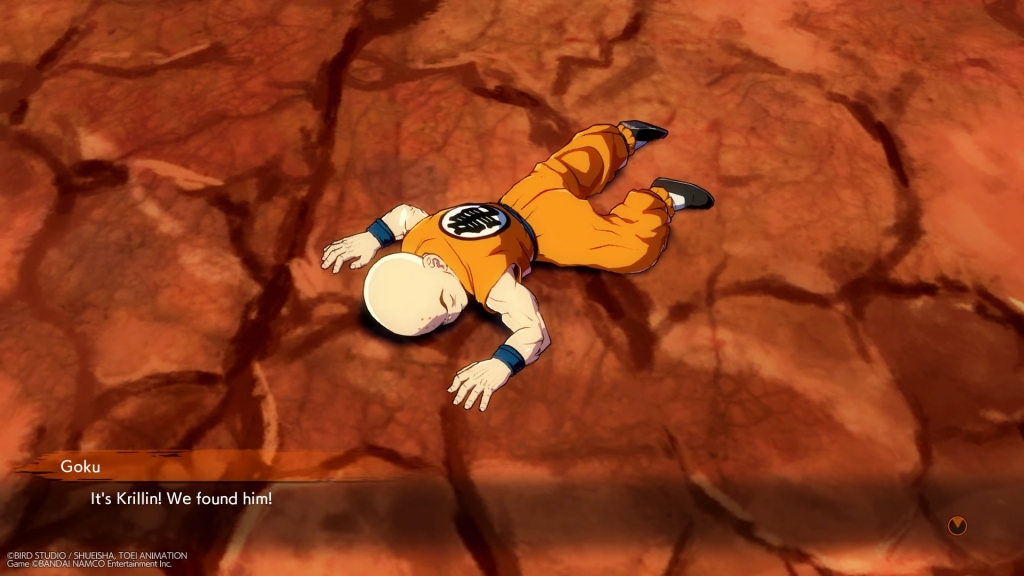 The character selection in FighterZ is worth mentioning as a high point to the game. Each character, from the goofy Captain Ginyu to the stoic Hit, feels unique and has tons of variety in playstyle and moves. They are all also surprisingly well balanced, so much so that even Yamcha and Krillin can hold their own against Goku Black and Frieza. While the roster may seem small at first, and there are some noticeable absences that would have been nice to have (Whis, Radditz, etc). It’s likely that upcoming DLC will expand this though, especially with the current Tournament of Power arc in Dragonball Super providing so many great characters. 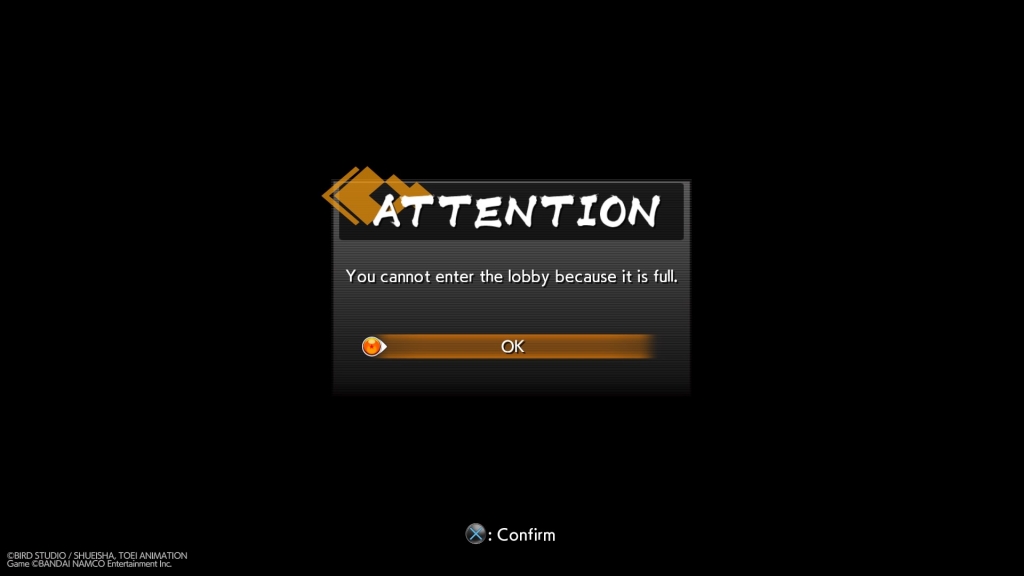 Unfortunately, Fighterz does carry a few flaws, the biggest and most obvious being the badly designed lobby system. A week after launch, lobby disconnects are still rampant, and the system often offers up a lobby with free spots, only to then kick you back out for selecting a full lobby. I found myself playing offline most of the time, just so that I wouldn’t disconnect in the middle of a match. This isn’t a huge loss, as the lobby and loot systems are cute, but add nothing really of substance to the game. Still, for fans of the Dragonball universe this is a no-brainer, as well as for fighting game aficionados looking for something as explosive as Marvel Vs Capcom Infinite but with an actual quality game baked in. With Xenoverse moving closer to a MMORPG design, its nice to know FighterZ can deliver a bone-crunching traditional fighting experience.