Version 2.0 of the bloody warriors brings new ways to spread the slaughter.

Full disclosure; I am not a Khorne player. My experience with the army is basically limited to playing the Khorne half of the original starter box, and then having that army played against me by the friend I traded it to. Thus, I haven’t poured over this book with a fine-toothed comb looking for synergies or obtuse tricks, but there are plenty of more tactically-oriented reviews if you’re looking for that sort of thing. This review is really more about the book from a lore and collectors perspective. 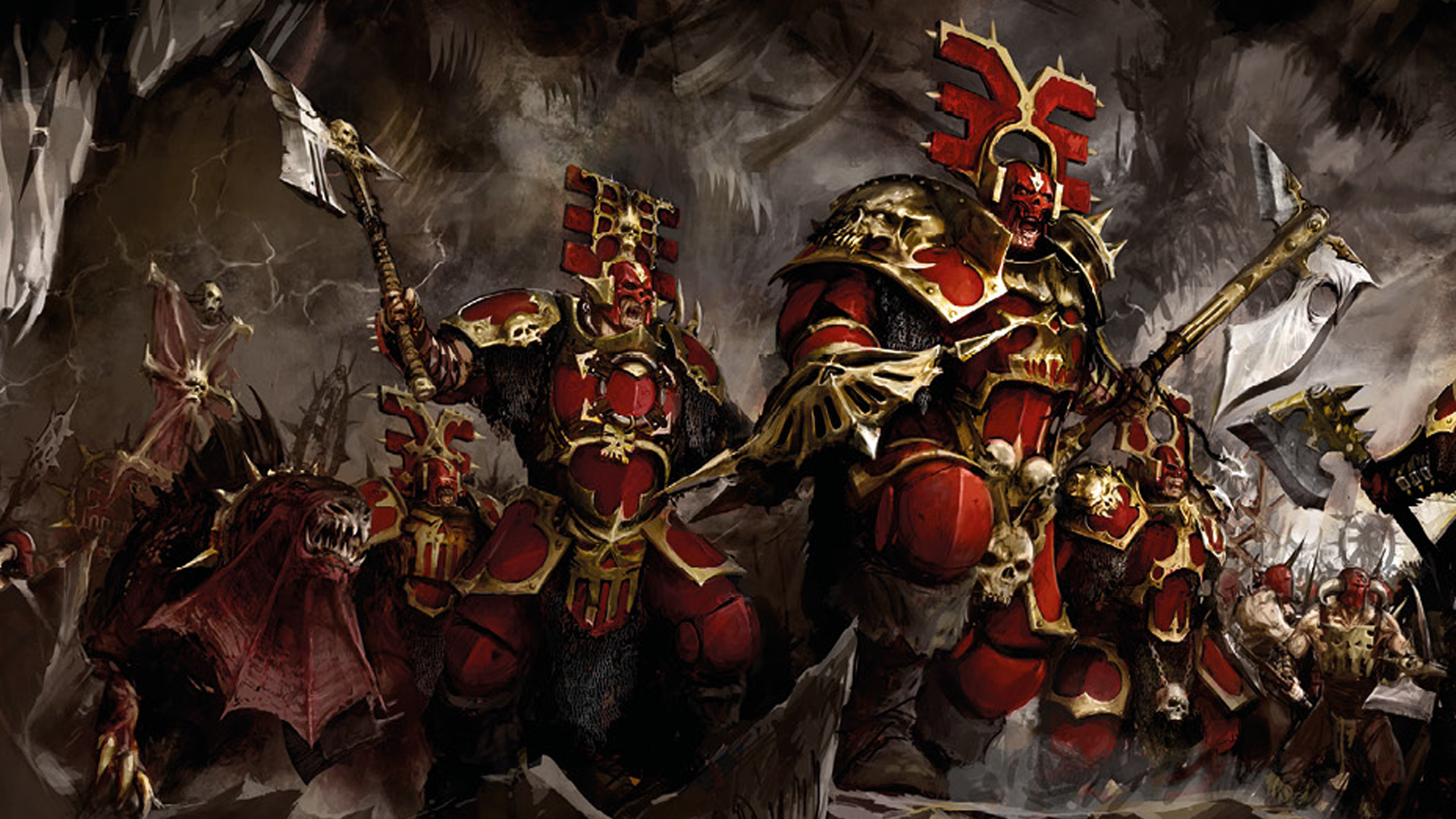 Khorne and his main mortal servant, Khorgus Khul, have been major antagonists since the launch of the Age of Sigmar. It stands to reason that Games Workshop would want to keep their tent-pole armies well supported, and this release definitely hits those checkpoints. Though I won’t be talking much about them here, it’s worth mentioning that this battletome also released alongside several new Khorne models, including some endless ‘spells’ and of course, a scenery piece.

Now before the groans and eye rolling begin, yes, Khorne has a terrain piece and endless spells. It’s pretty apparent at this point that when Games Workshop (GW) stated that every faction would be receiving an updated tome and models, they meant for the majority of these to be terrain pieces and endless spells. And why wouldn’t they? So far, each terrain piece has been a free inclusion in a properly themed army, and with the benefits they offer, the only drawback is buying another model. Thankfully the price has stayed relatively low for these, which is good as the Skull Altar is necessary in many lists, and helpful in almost all of them. The endless spells are thankfully much more interesting visually, and are surprisingly solid as well. I’d predict we’ll see the Wrath-Axe in a few lists, as well as the Hexgorger Skulls in especially magic-heavy metas. 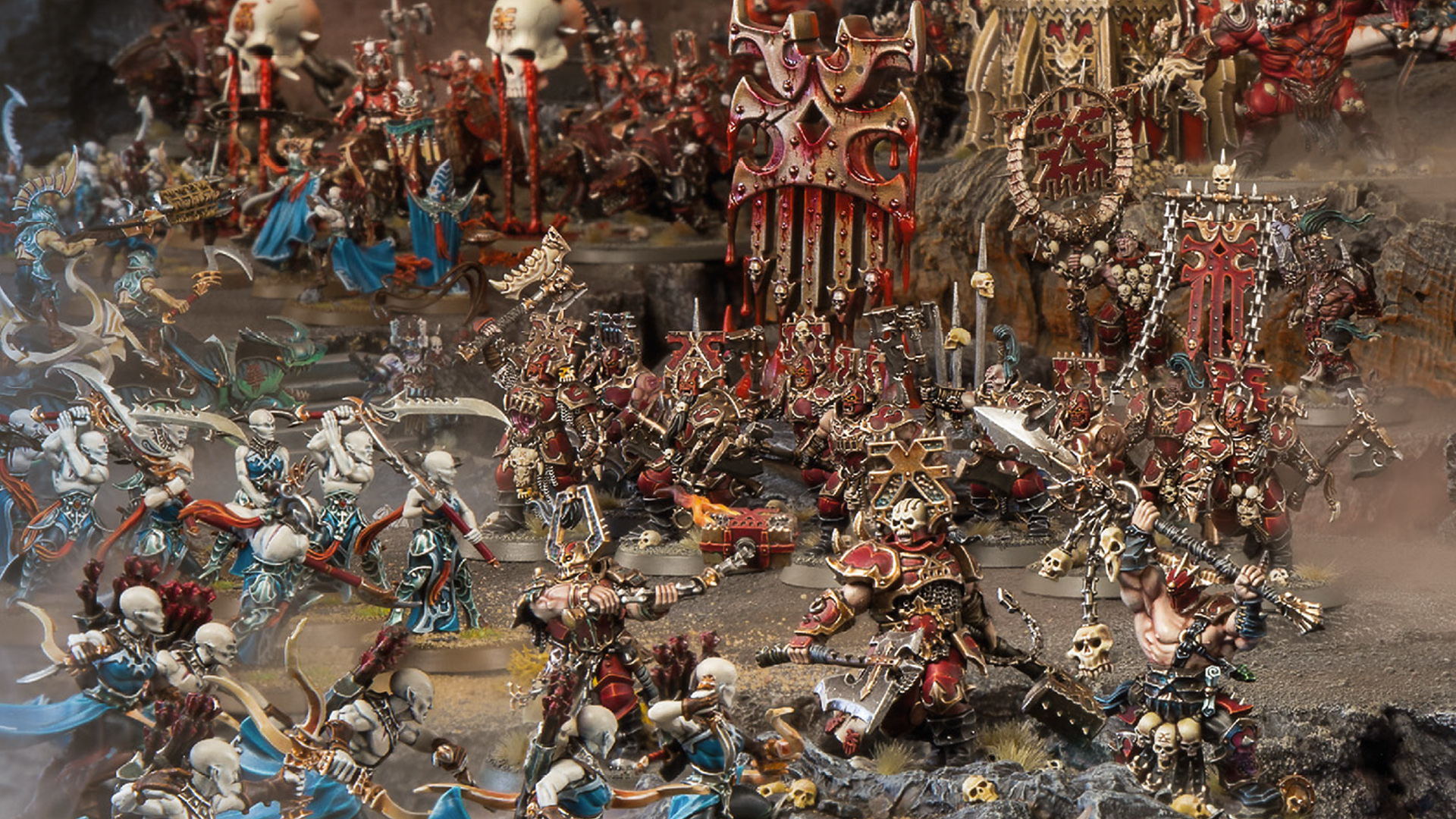 If you’re more about the lore than the rules, this book does not disappoint. Nearly half of the book is dedicated entirely to lore, character and unit descriptions, and painting guides. Speaking of, the painting guides in Age of Sigmar battletomes have been steadily getting better and better, and this one is no exception. Not only does it showcase a few different color schemes for your rank and file troops, it also details how to really make the grisly details on the miniatures pop. It’s also good to see GW doing a little more with the bases, as that’s an aspect to the hobby they’ve generally not focused much on in the books. Personally speaking, I’ve always thought the gold and red Khorne ‘standard’ looked a little closer to fast-food colors than I would like, so seeing some of the darker or more unique ideas (that bone armor!) actually might inspire me to pick up a few models in the future. Khorne has the same issue as Stormcast where a lot of their army can be described as ‘guy in armor with weapon’ so having more diverse color options is never a bad thing. 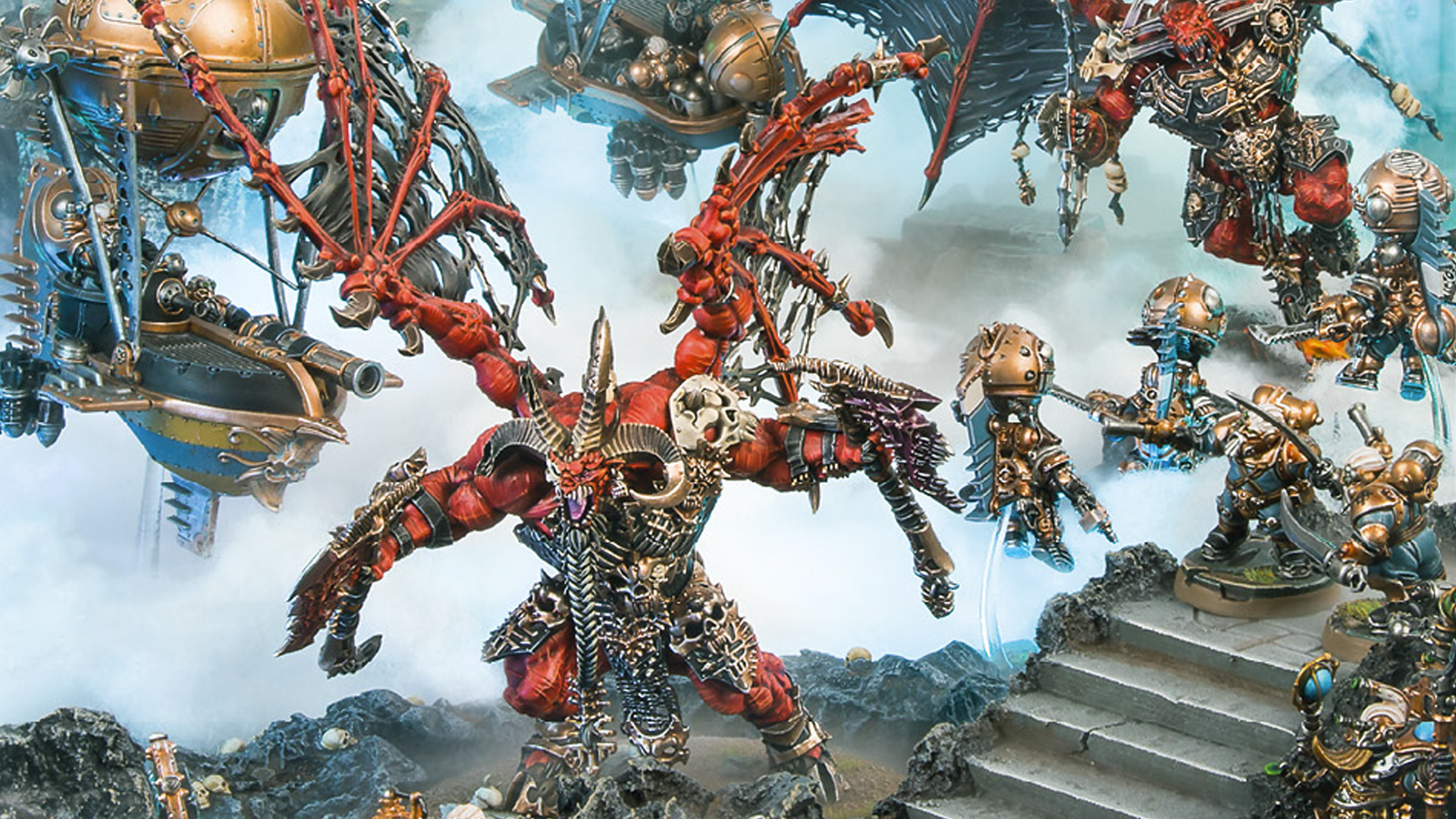 The various stories and descriptions of Khorne’s forces are as visceral as ever, describing in bloody detail their rampage across the Mortal Realms. Obviously, being as this is their book, most of the short stories revolve around the victories of Khorne, though there are several sections that detail the history and losses the Blood God has suffered against Sigmar’s Stormcast Eternals. From a creative standpoint, there isn’t a ton of diversity here; ‘Khorne army fights, wins, and then turns on themselves’ is pretty much the standard story beat, but it’s satisfying and feels appropriate for the army. Khorne is an army that never really needs an explanation on the ‘day to day’ life of its followers, as they are generally fighting or on their way to a fight, so readers looking for more info on settlements of the Realms will find little to sink their tooth-axe into here. 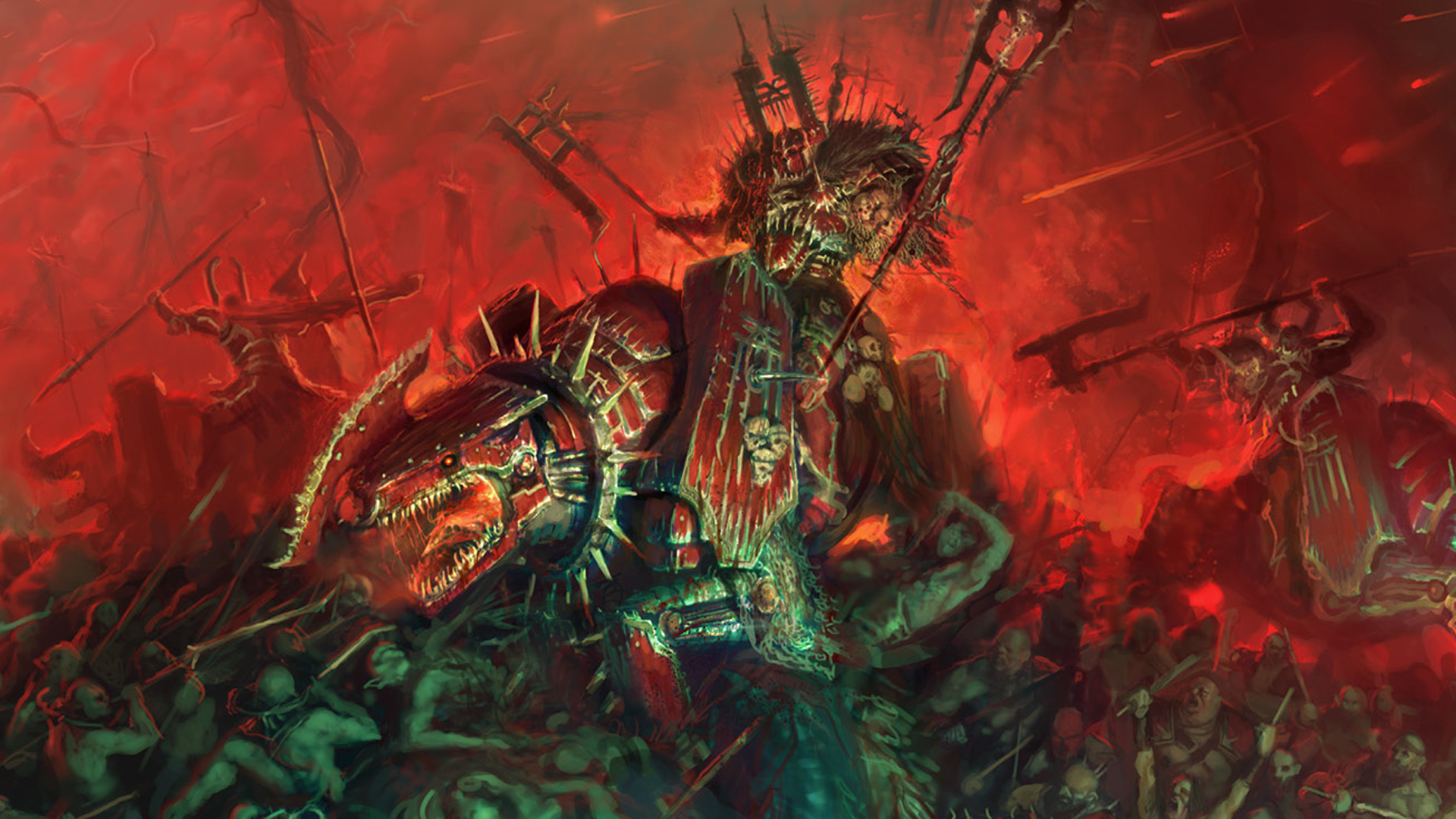 Obviously this book is a must-buy for Khorne players or anyone looking to start a Blades army. However, it’s also a solid stand-alone fantasy tome as well, packed full of beautiful art and pictures, and a worthy addition to any collector’s shelf.