A massive crossbow with style and power.

The first thing most people will notice about the new Dreadbolt is how big it is fully assembled. Measuring 30.5″ long and 24″ wide, the Dreadbolt dwarfs similar crossbows like the Crossfire and Outbreaker. Unlike the other two crossbow-themed entries into the Zombie Strike line, it fires the NERF bolt ammo, which up until now was reserved almost exclusively for the Rebelle line. Thankfully, the bolts are all fully compatible, so collectors with a stack of the multi-colored Rebelle bolts have a good starting point for their crossbow barrage. 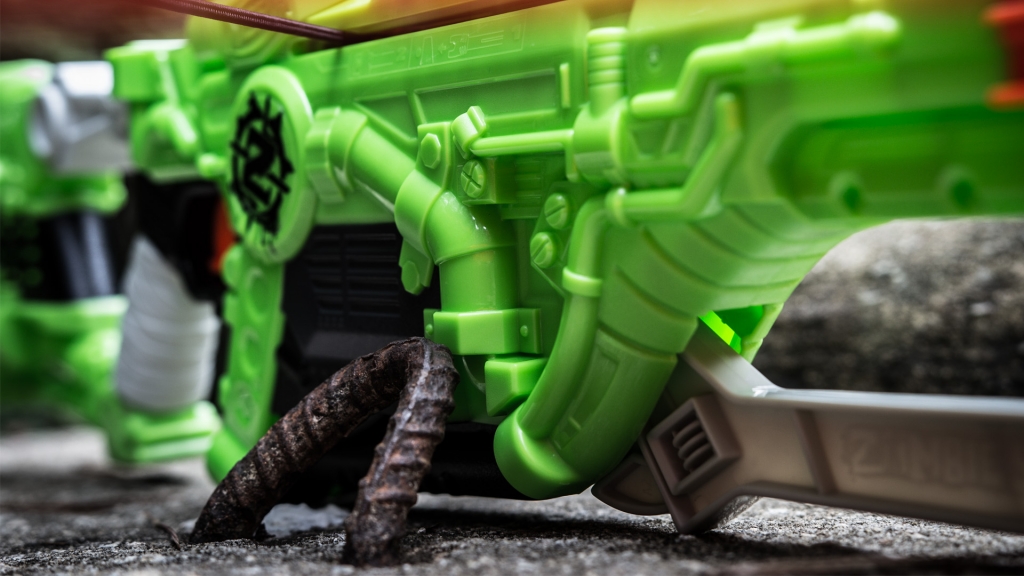 Priming the Dreadbolt is as simple as pulling the wrench-like lever along the bottom down and then pushing it back up into the body of the blaster. Besides overall just feeling cool, this produces a very satisfying cranking sound every time; the Dreadbolt is not for stealth hits, but it’s intimidation factor is through the roof. The handle and trigger are large enough for adult NERF fans, and there is even a set of four bolt slots along the top of the gun to hold extra ammo. The shoulder stock is probably a little small for adults, but honestly, this is a blaster that looks best when shot from the hip anyway, Chewbacca style. In fact, this gun is everything the lackluster Chewbacca bowcaster SHOULD have been: big, powerful, and fun to fire. 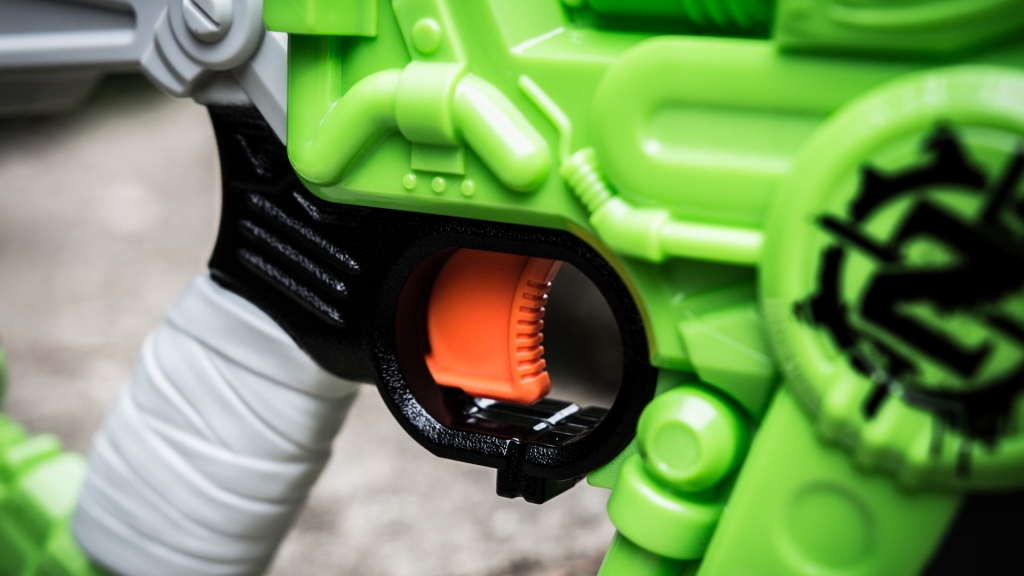 The design of the blaster is fairly standard for a Zombie Strike product, with an aesthetic that looks like a collection of cobbled-together parts. Besides the very cool wrench priming lever, there isn’t much to note about the overall look. In fact, the over-use of the Zombie Strike green tends to make the blaster look cheap and mono-chromatic, which is a shame considering just how great it is once it’s in use. The body also feels somewhat hollow (which it mostly is); advantage being that the blaster is fairly light, but the disadvantage being that it feels a little delicate. However, modders may be able to find solid uses of this empty space, and if anything, the detail of the molding lends itself well to custom paint jobs. The Dreadbolt also comes with a tactical-rail mounted scope, which is just as pointless as all NERF scopes in that it offers no real benefit except looking good. 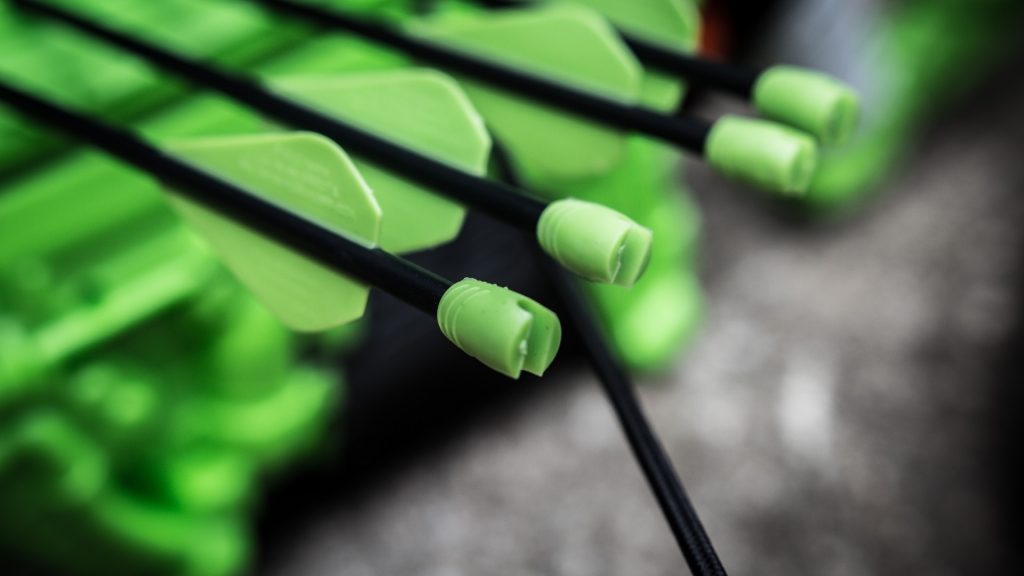 If there are any real issues with the Dreadbolt, they come from the bolts themselves, not the blaster. By their nature, NERF bolts are less accurate than darts, and tend to show wear and tear much faster (especially bending into a slight curve after use). While loading the Dreadbolt takes a little practice, it can throw out shots of up to 70 feet when angled correctly. However, accuracy suffers greatly anywhere past the 20-30 foot range; in our tests, the Dreadbolt barely hit over 50% of non-moving human targets at a range of 30 feet. That, plus a slow loading speed (3-4 seconds between shots on average), means the Dreadbolt will likely stay entirely in the ‘fun’ category instead of competitive play.

Retailing at an average $49.99, the Dreadbolt is a significant investment for a casual weapon, but one that has the style and overall fun packed in. For costuming, casual, or themed battles, the Dreadbolt is a solid choice in NERF weapons, and stands out as the best NERF bolt thrower to date.