Vicious soul-hunters crash into the shores of the Age of Sigmar.

Pouring forth from the darkest depths of the oceans, the Idoneth Deepkin are an entirely new force for Game’s Workshop’s Age of Sigmar tabletop war game. Falling under the Order Grand Alliance, they emerge from their hidden civilizations to reap the souls of the living, using them to extend their own drastically shortened lifespans. The do so by striking with the power of the tide, riding massive underwater beasts that float through a magical ‘sea’ that travels with the Deepkin, even across land.

The Idoneth Deepkin battletome, like most of the others released by Games Workshop, opens with a substantial section describing the lore of the army. The Deepkin were the last aelvish souls consumed by the Demon Slaanesh during the End Times, and when Slaanesh was trapped by the surviving Aelvish gods, their souls were the first ones extracted. However, their rebirth was tainted by the dark power of Slaanesh, and instead of a mighty kingdom of light and order, the Idoneth turned away from their previous lives. In doing so, they fled to the darkest corners of the oceans, finding solace in the utter lack of sensations as they worked to escape the painful memories of their former glory.

However, there was a darker problem than their need for isolation. Only one in every one-hundred children were born with full souls; the rest were born with twisted splinters of a soul, and died within a few years. To counteract this, the Idoneth discovered a way to steal the souls of their victims, transferring them directly to their maligned children. While their raids had been kept secret for generations, recent discovery by the Seekers of Slaanesh have forced the Idoneth to reveal themselves to the world at large. This is obviously a brief summary of the lore contained in this battletome, which stretches an impressive 19 pages before diving into individual unit descriptions. 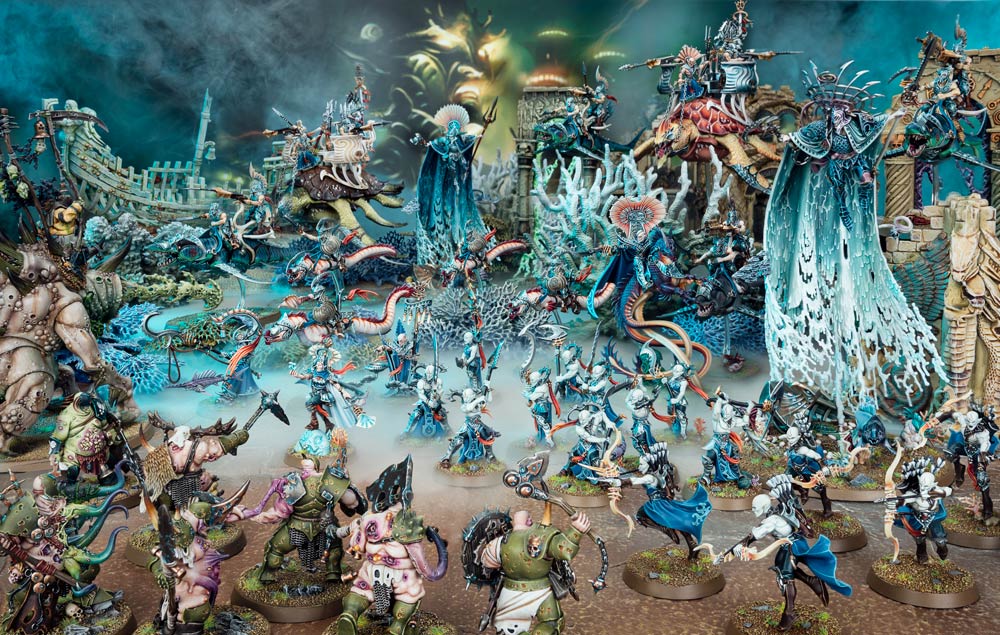 The most surprising part of the battletome comes right after the troop descriptions; a fully developed painting guide, spanning far more than the usual two or four page spread. Not only is every model shown in detail, but there are step-by-step guides for painting, even detailing the different color schemes of the various enclaves. Usually, this many pages dedicated to painting would seem like an attempt to fil space, but the sheer amount of helpful detail and beautiful pictures add a lot of value to an already packed book.

Finally, the last parts of the book details game scenarios, battalions, and warscrolls for the Deepkin. Of particular interest are their allegiance abilities; Forgotten Nightmares and Tides of Death. With Forgotten Nightmares, your opponent must target the closest enemy unit when shooting, allowing smart Deepkin players to shield more fragile units with tough blockers (and even allies) that can take a ranged assault. With much of the current meta being dominated by heavy shooting and magic armies, it will be interesting to see if the Deepkin see success as a silver bullet to those army lists. Second, the Tides of Death, is a global ability much like Nurgle’s Cycle of Corruption, giving the Deepkin force a progression of abilities based on the tidal level (aka the game turn). Unlike Nurgle, however, the Tides of Death always progress in a linear fashion, allowing for their commander to plan accordingly with their troop positions. For armies playing against the Deepkin, understanding this progression will be vital to winning, as units caught in the High Tide will suffer all of the attacks of the Deepkin before being given a chance to retaliate, an ability that could easily throw the battle entirely to one side. 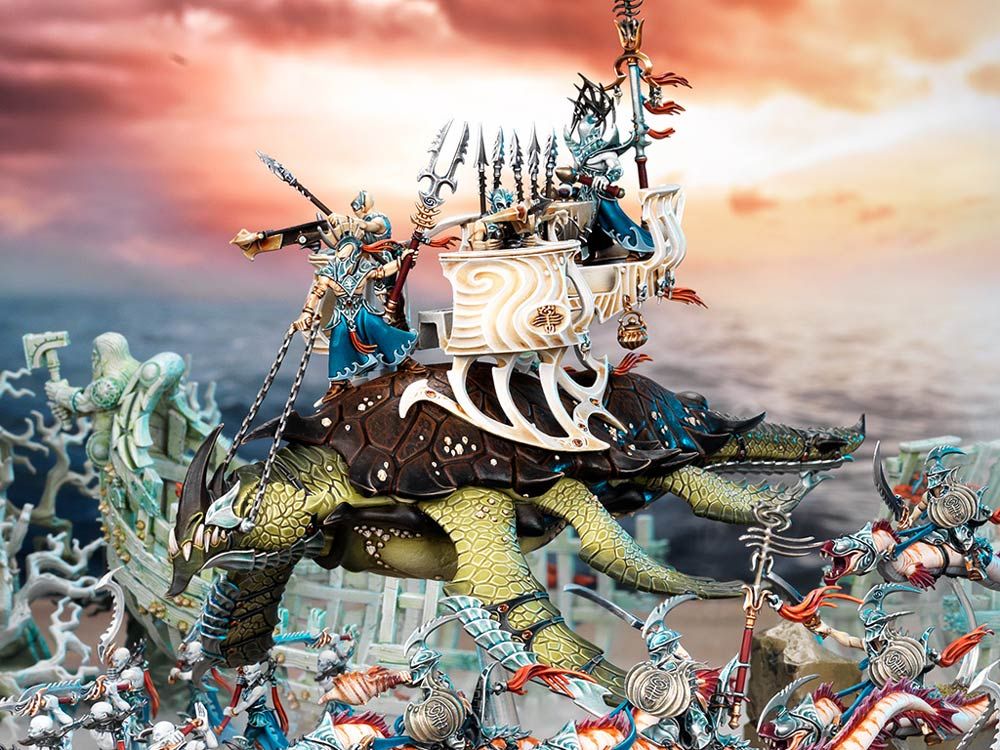 Packed full of lore, beautiful original artwork, and everything a new Deepkin general needs, the Idoneth Deepkin battletome is a (obviously) must buy for any new players. It also earns a space on the shelf for collectors as well, with a stunning cover and plenty of interesting information, even for those who don’t intend to field a full Deepkin force. If Games Workshop can maintain this level of quality for each new Battletome, then 2018 should be a stand-out year for the Age of Sigmar.