A powerful, accurate, and affordable addition to the Rival line.

The NERF Rival line has always been aimed at older NERF fans, featuring high-impact ammunition, attachments that feel more like real firearm additions, and upgraded performance. Though it was originally available in 2017 as part of a Deadpool promotional gift set, the standard blaster is now available in stores. 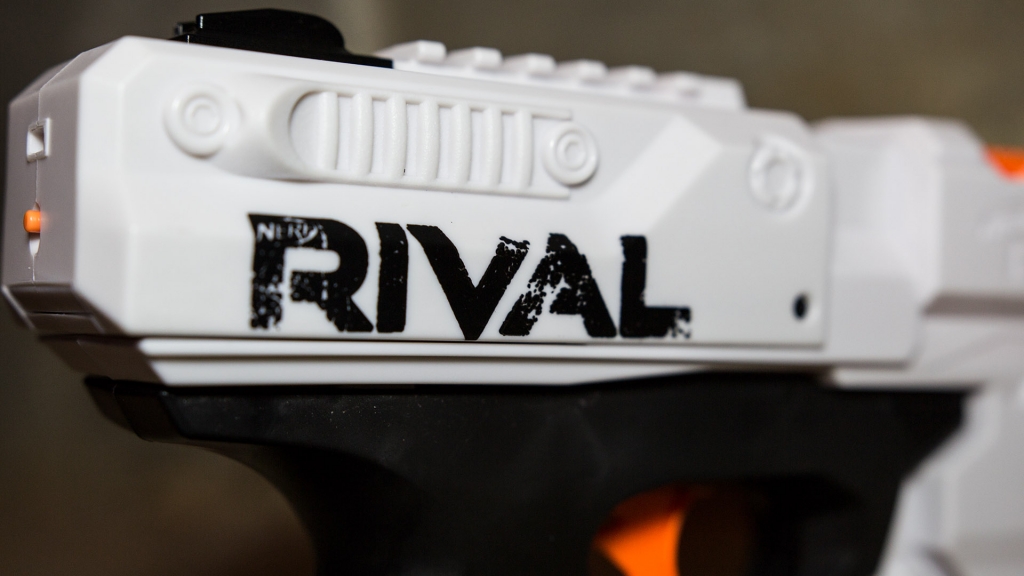 From a design standpoint, the Kronos takes everything I love about NERF guns and puts it into one wonderfully sic-if package. The body of the gun is big and bulky, the handle is comfortable for adult sized grips, and the dual tactical rails offer a nice degree of customization. The whole gun weighs just at a pound fully loaded, and despite it’s top heavy appearance, is actually very well balanced. There are also a few neat details built in, such as a priming indicator, slide release button, and even a safety. Compared to some other NERF pistols released recently (looking at you Tri-Break), the Kronos just feels like a premium product. Painted in stark white with black lettering and a black ‘spray paint’ logo, this gun just stands out in the best way. The requisite ‘safety orange’ coloration is here as well, although it’s only done on parts of the gun, and actually doesn’t cheapen the overall appearance as much as on other blasters. 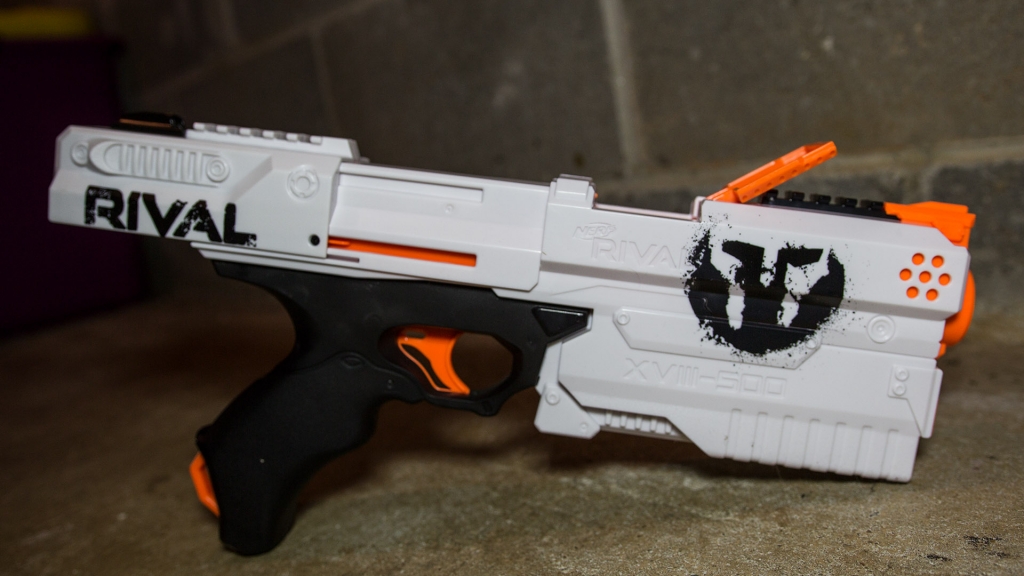 Looks are great for cosplay and prop usage, but thankfully, the Kronos delivers in the performance department as well. Though it does have a very low capacity when compared to over Rival guns, only holding five shots, it more than makes up for this with accuracy and power. In my testing, 80% of shots from the Kronos landed on target, with an average range of 60 feet before significant drop off occurred. Thankfully, the priming mechanism (located along the top of the gun) is substantially easier to use than earlier guns like the Apollo, while delivering just as much power. Thankfully, the somewhat frequent jams of earlier Rival blasters have all but been eliminated, even when the Kronos is purposly loaded with two rounds in the chamber.

The only ‘flaw’ in the Kronos is it’s small capacity, but then again, with shots this fast and powerful you won’t need to spray a bunch of ammo at your target. The Kronos makes a fantastic backup, or a prime for a ‘pistols only’ round, and at $20 MSRP, it’s cheap enough to experiment with mods and custom paint jobs. This is a blaster that just feels good to shoot, and while it may not compete with the high-capacity and larger guns of the Rival series, it’s a gold standard for Nerf pistols and finally gives the Rival line an entry level gun for everyone.