Explore the space between future and past with this brilliant open world game.

It’s the far future and nature has retaken the land. Machines now roam the landscape coexisting with the wilderness, but constantly threatening your survival. The human race has divided into tribes with war among them a constant threat as new enemies emerge from every corner. But for Aloy, our protagonist, finding out who you are and where you come from is the greatest challenge of all.

Horizon: Zero Dawn is a beautiful open-world action game that places an emphasis on stealth combat, incremental upgrades and exploration. You play as Aloy, an outcast of the tribe from birth who is raised by Rost to hunt and scavenge for materials to survive. Upon discovering a cave with machine relics from the past, Aloy dons what she terms a ‘focus’ which lets her see things outside of normal human sight. She can track the paths and identify the weak-points of the giant machine creatures that wander the landscape. And as she ages this ‘focus’ only improves upon her natural and learned gifts as a hunter, turning her into a formidable predator in her own right. 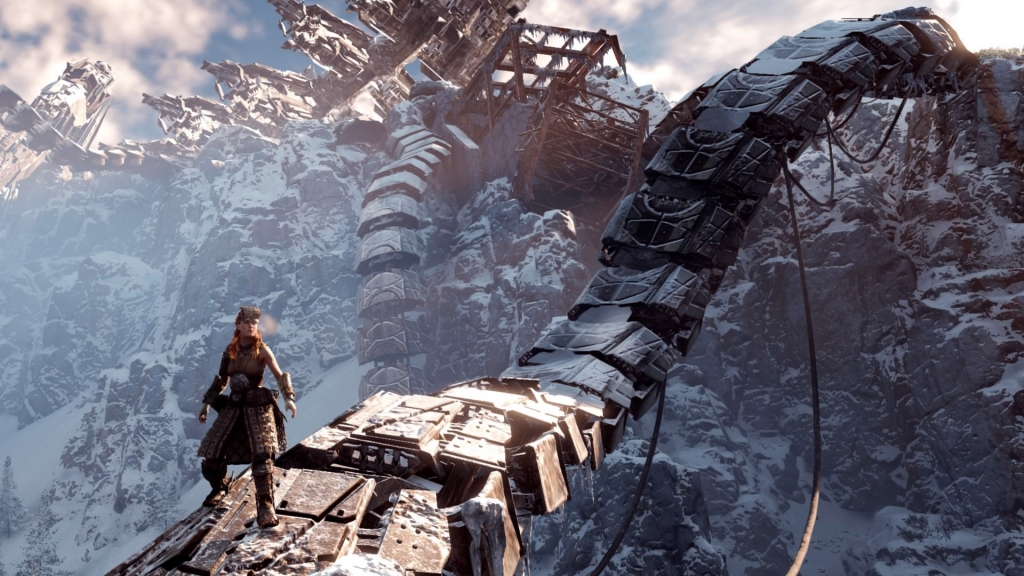 As with any open-world game there are a multitude of quests to accomplish. Gathering materials, taking down bandit camps, exploring the machine world, proving your metal in hunter challenges — they are all part of the core gameplay of Horizon. But what separates Horizon is the emphasis that’s placed on survival. The world of Horizon is harsh and pretty much anything can kill you at any moment. And taking down the more formidable creatures requires careful planning and crafting of the necessary items. Thankfully much of that is accomplished through quick-menus and can also be done on the fly if you happen to run out of arrows in the midst of a big fight. It’s best to stay well stocked — the gameplay slows, but doesn’t stop during these sequences.

Crafting also leads to upgrades and there is a lot to upgrade. Character abilities upgrade as you advance in level, but you also need to take stock of your inventory and upgrade pouches to carry additional loot, modifications, arrows, bombs, traps and more. You can upgrade weapons by buying better versions or adding modifications, but merchants don’t always want currency (shards in this game) for the items. Occasionally you’ll have to hunt down specific items that you’ll likely get from the machines. And taking down the toughest machines will require better gear. It’s an excellent system of slowly advancing and upgrading, so that the longer you’ve fought in the world the more adept you are at surviving in it. Notably, very few of the upgrades are required in order to advance the story. It’s optional, but with so many of the core game mechanics wrapped into the upgrade system it feels both challenging and rewarding to take these steps. 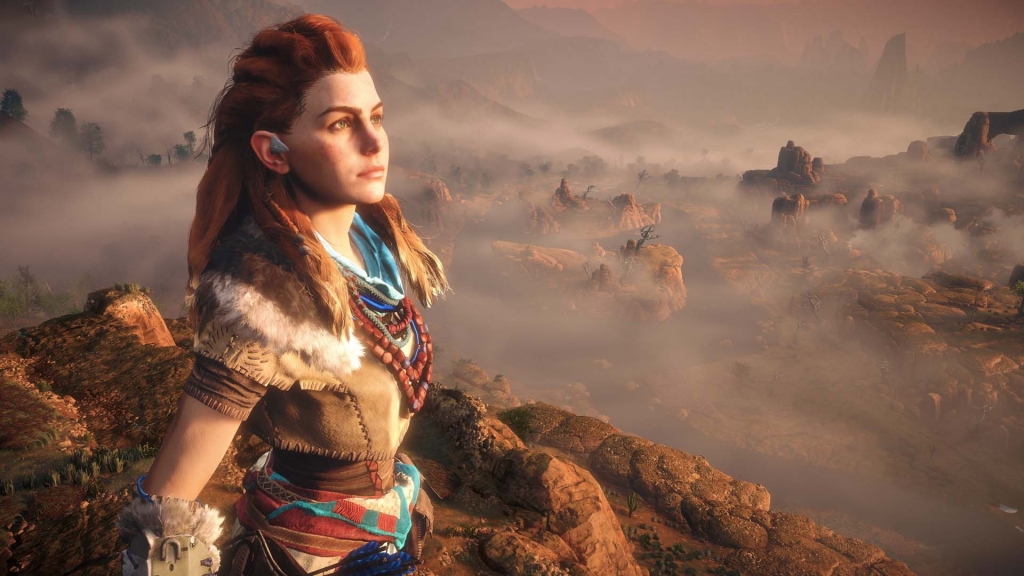 The combat is crisp with the greatest advantages coming when you remain unseen. Stealth strikes deliver the heaviest impact and being patient often leads to ending fights quicker than if you were to attempt to run-and-gun (run-and-bow?). Precision and the correct choice of weapon will help tear through machines to salvage the all important parts once the battle commences. The AI isn’t smartest, most enemies will fall for the same tactics consistently, but it’s a small complaint when compared to how good everything feels. Stealth strikes, sliding, dodging, firing arrows and laying traps all lead to a sense of accomplishment that’s not found in every action game.

The story is well told with plenty of mystery to keep you invested in the character. Aloy is a certified badass and there’s a great juxtaposition of this outcast character helping the tribe that never accepted her. Especially as she travels around finding allies to help in the coming battle. Is she fighting for herself, for the tribe, or something else? She’s a complex character with complex emotions that Guerrilla Games (makers of Horizon: Zero Dawn) look to explore as the story progresses. 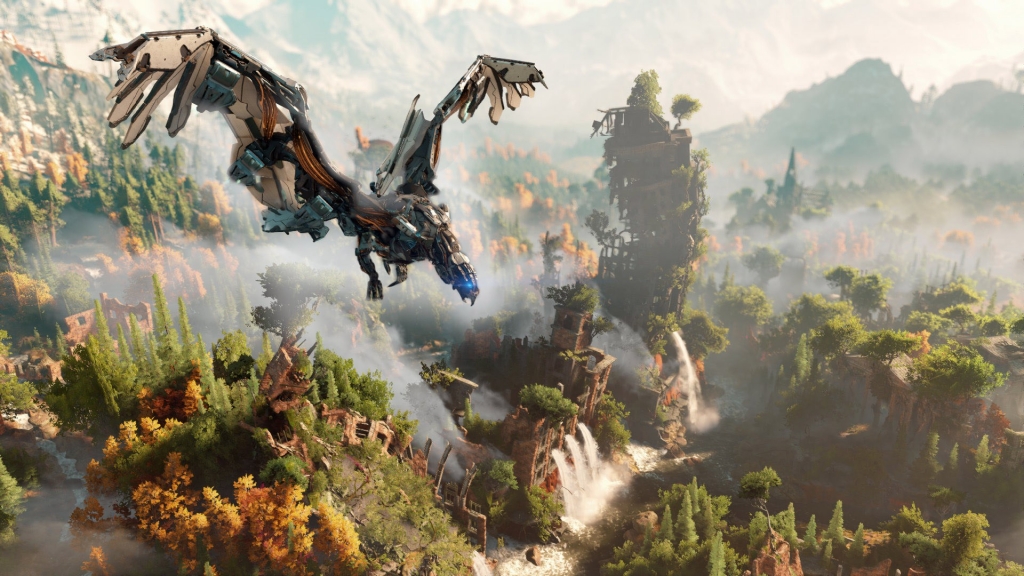 Let’s also take a moment to acknowledge that this is a strong female protagonist that isn’t overtly sexualized. Aloy stands on her own as a hero in the same ilk as Link (Legend of Zelda). It’s something that’s sorely lacking in the games industry in 2017 — diversity of character. I’m not saying game makers shouldn’t tell the stories they want to tell, but I also don’t think every important story comes from the perspective of a white male. Aloy is a fantastic hero that’s truly representative of her world without the excess garbage that has a tendency to accompany female protagonists.

Guerilla Games has a true hit on their hands. It’s a brilliant game, with a stunning story and visual presentation. And as one of the first opening salvos for gaming in 2017, it stands ahead of the pack as a must own game for Playstation. And a solid contender for 2017 Game of the Year.