A beautiful, massive game, worthy of its classic lineage.

The Legend of Zelda: Breath of the Wild is not a typical Zelda game. Of course, at it’s very basic core, it shares similarities with the decades old series: dungeon exploring, puzzle solving, and boss battles that test both timing and tactics. Players still climb into the boots of the legendary hero Link, in a quest to defeat the evil Ganon and save the princess Zelda. It’s a story that these days would seem cliché if it were anyone else but Nintendo. What solidifies BotW as an amazing experience, however, is how it deviates from this proven formula, presenting fresh content and ideas while maintaining a nostalgia-fueled familiarity. 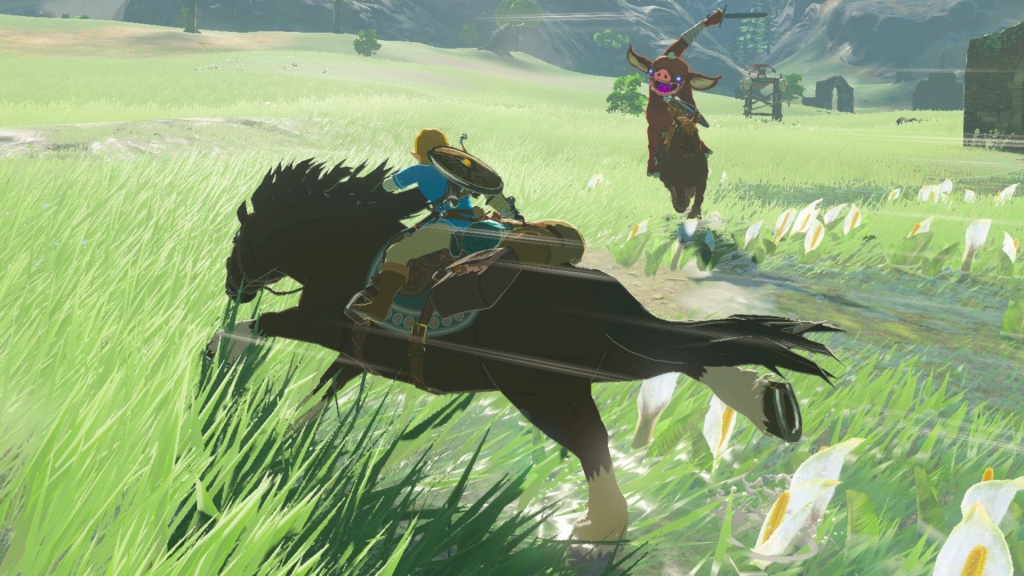 Within the first fifteen minutes of gameplay, it becomes obvious that this Zelda game is different from the ones before it. Awakening in a strange temple, the hero Link receives a digital-esque tablet and begins to hear voices urging him to become the hero the kingdom of Hyrule needs. With a few cryptic words from a strange bearded man, Link is off in a huge expanse of land, fighting monsters and exploring shrines. This isn’t the traditional Zelda though; weapons and equipment have stats, and even break over time. An extensive cooking system is almost necessary to master for the game, as the potions and foods made can help power up Link, heal his health or stamina, and protect him from harsh elements. And although typical Zelda standbys like the bombs and boomerang appear early on, their usage is much more varied this time. In fact, many of the core ‘powers’ used to solve puzzles are unlocked within the first hour, versus the usual system of one-per-dungeon. 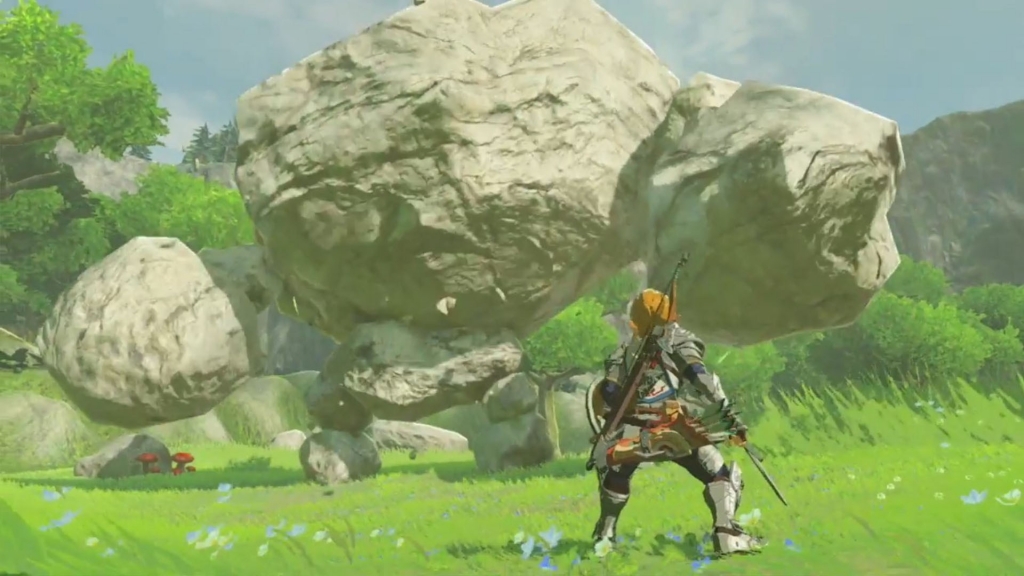 Escaping the tutorial zone, who’s map size nearly rivals Ocarina of Time, Link can then access a world that would be better compared in scope to open world games like Skyrim or Fallout. This world is packed full of things to discover, from impish sprites, secret treasures, subtle puzzles, and various inhabitants, both friendly and fiendish. In fact, much like other massive open-world games, it can be difficult to focus on just one thing with BotW, as every tree could hide a potential surprise.

Luckily, exploring is a joy, combining well-crafted controls with a surprisingly robust climbing system. In fact, almost anything in the game can be climbed, as Link exhibits near Spider-man levels of grip. Players will find themselves crawling up the side of cliffs, ruined buildings, and huge mystical structures, restricted only by a stamina gauge. Despite this freedom, the wonderful terrain design prevents Link from getting too far ahead of his abilities, without ever feeling like it’s using ‘invisible walls’ to restrict content until later. 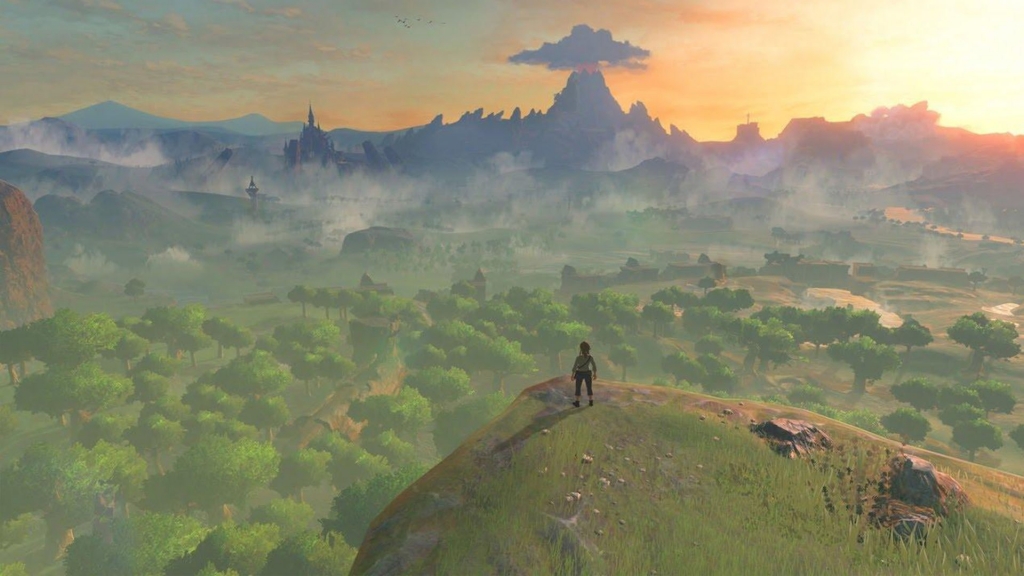 Even though the game’s output is lower than 1080p (and varies between a docked and un-docked Switch and the WiiU) the simple cell-shaded design lends itself to beautiful vistas and views. With very few graphical glitches and only the occasional slowdown, BotW runs at a consistent, fun pace. Even the sometimes sluggish dungeons of the previous games seems to have been improved upon; BotW is a game where something can, and will, happen often, keeping players engaged until the final arrow flies.

When listing negative points of the BotW, it really feels like nitpicking more than serious claims. There are some strange holdovers of the series that don’t quite click with modern game design, such as swimming being restricted by a stamina gauge, even in shallow areas. Occasionally, the camera can get a little wild during fights with multiple opponents, hiding monsters just out of view and allowing them unguarded strikes. Finally, the default button layout makes running into a jump a little cumbersome, especially on a Pro controller. Still, these are minor complaints, and very rarely interrupt the flow of the game.

Listing all of the positive aspects of BotW would take a much longer column than this, but it’s easy to summarize that not only are the individual pieces of the game near-perfect, but that they come together into an experience that clearly sits at the top of the series’ peak. Music, gameplay, structure, and story all come together to blend into a game that will act as the benchmark for adventure titles for years to come. Either on Switch or WiiU, Breath of the Wild is a high mark in the series, and for gaming overall.