Why You Should Be Reading Mr Miracle

Home/Comics/Why You Should Be Reading Mr Miracle
Previous Next

Why You Should Be Reading Mr Miracle

New gods and a galactic war frame the story of one broken man.

Mr Miracle, an ongoing series from DC Comics that started in 2017, isn’t afraid to explore darkness in multiple forms, and it does so with a hero who’s ability to run away is his main strength. Challenged with the inescapable position of being put to death by order of the Highfather, Orion, Scott Free (better known to the world as Mr Miracle) faces down tribunal and execution with a detached, almost indifferent demeanor. 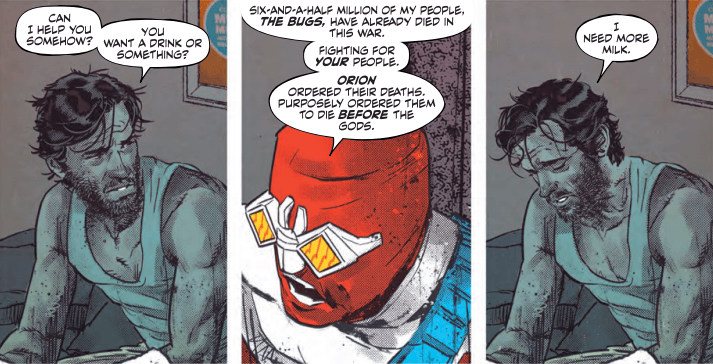 His lack of interest is more than just a standard, cocky superhero trait; Scott has attempted to take his own life in an effort to escape the one thing he has never escaped before. After failing (or succeeding, if the goal was to escape death and not life) at that, he spends the following issues wavering between his charming, entertainer personality loved by millions, and it’s quiet, sullen opposite. Even with the love and support of his wife Barda, one of the strongest warriors in the multiverse, he seems almost reluctant to care about anything in his life, treating an execution and a morning talk show appearance with the same enthusiasm. 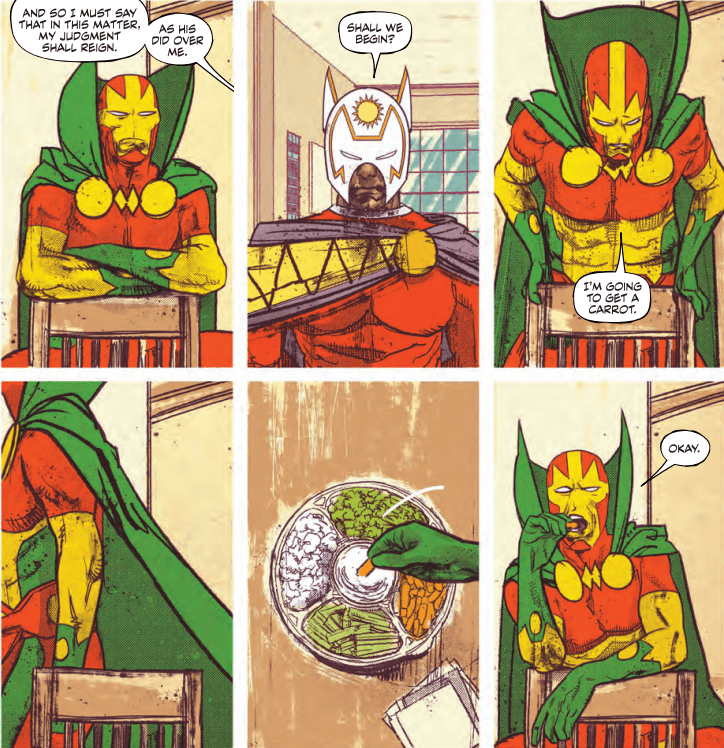 As the series goes on, more of Scott’s traumatic past is revealed, and his connection to the murderous Darkseid develops, we get to see just how deep the damage to Scott’s mind and soul has been. Mr Miracle somehow manages to deliver a realistic and striking depiction of depression and PTSD, all while featuring a cast of literal god-beings fighting an celestial war for life itself. In fact, the real miracle of the book is that it keeps these elements in balance without leaning so far to either side that the story suffers. Scott’s interactions with Barda, his father, and his (somewhat) brother are intertwined with scenes of battle and adventure, yet the real action sometimes comes through in simple dialogue between two people. With so much depth and emotion to each player, Mr Miracle feels more like reading a well done HBO series than a traditional comic. 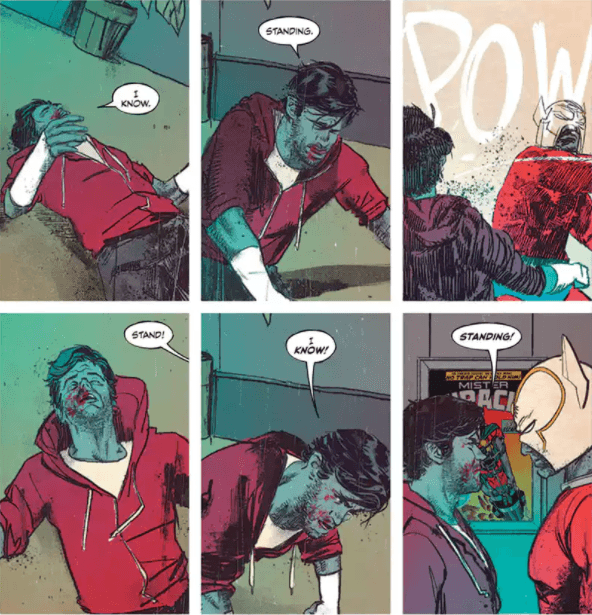 With so many amazing parts making up this series, it’s hard to pin down any one example. Tom King is at his best writing here, delivering a level of dialogue and depth that rivals and exceeds his work on Marvel’s Vision. King effortlessly switches between humorous and somber tones, just as easily as he mixes the fantastic elements of an alien war with a grounded study of a broken man. Mitch Gerads’s art conveys more emotion and depth in one page than many books have in their entire run, bringing to life the surreal Jack Kirby designs of the New Gods just as easily as he does Scott and Barda’s apartment. Each scene feels important and full of weight, without falling into a trope of taking itself so seriously it becomes worn out. 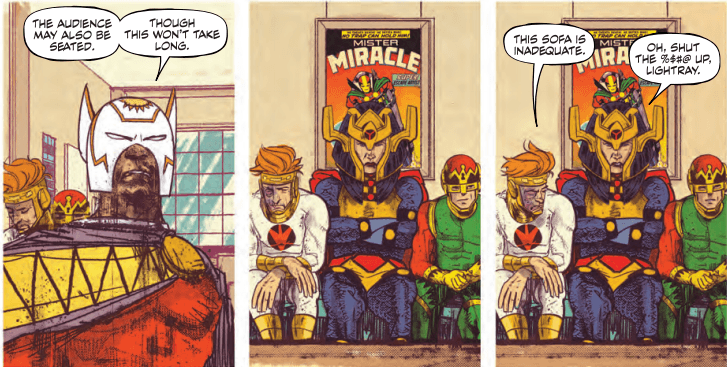 With five of the twelve issues released, this is a limited series worth of collection now, and in the inevitable trade. Though some of the characters may be deep cuts for casual DC fans, no prior knowledge is needed to really enjoy the story (though long-time fans will notice plenty of subtle nods and call outs). While some limited series comics can feel like they drag out a story line to fill space, each issue of Mr Miracle is a complete tale in itself, while maintaining its connection to the overall arc. It may not have the big names of Superman or Wonder Woman attached to it, but Mr Miracle is one of the strongest books in DC’s lineup.