Batman: The Red Death Takes The Dark Knight Down a Deadly Path

Home/Comics/Batman: The Red Death Takes The Dark Knight Down a Deadly Path
Previous Next

Batman: The Red Death Takes The Dark Knight Down a Deadly Path

The Dark Knight gets even darker in his quest to save Gotham.

The concept of ‘The world VS Batman’ is a favorite one of DC writers. In some instances, he’s shown taking down the Justice League person by person, and in others, the Dark Knight dismantles entire criminal super-teams with wits, skill, and preparation. In DC’s current big summer-end event, Metal, Batman goes a step further; killing his foes with stolen powers. 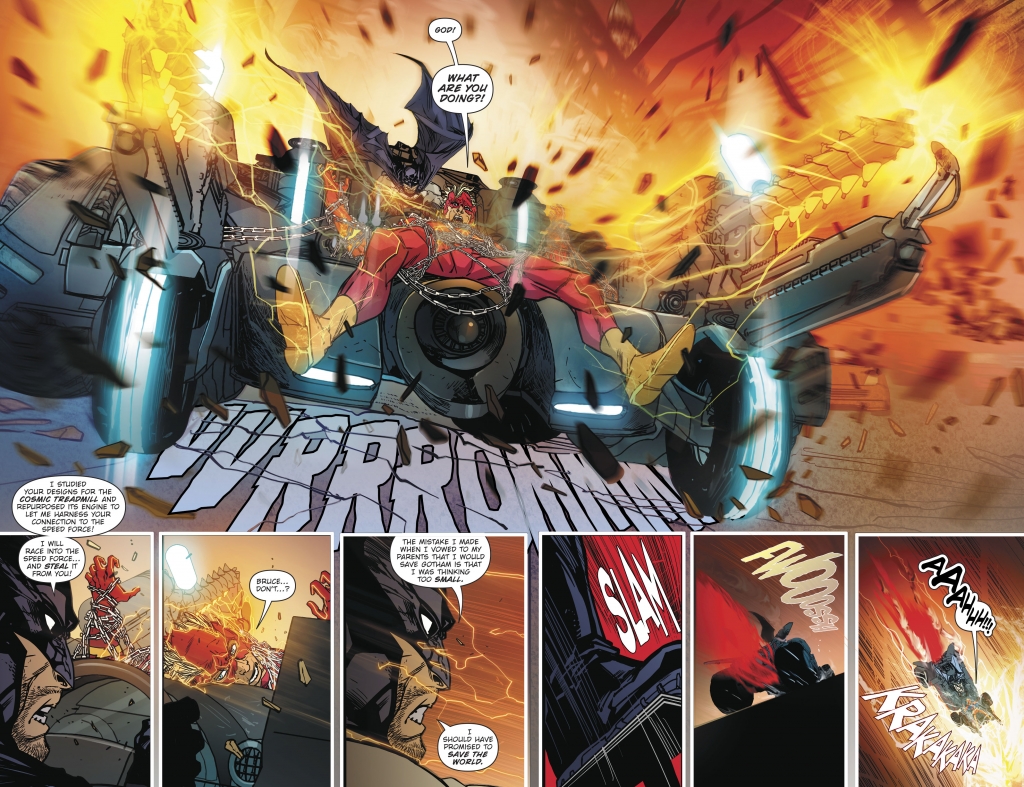 Of course, this isn’t the Batman you’re used to seeing. That Bruce Wayne has been pulled into a dark dimension by Barbatos, an immortal demon, using the power of four alien metals, years of planning, and a healthy dose of comic book logic. The Batman in the Red Death is one from a broken, dark multiverse, teetering on the edge of total cosmic annihilation. Dark Bruce Wayne has far abandoned his crusade of non-lethal justice, and now hunts his universe’s Flash, intent on stealing his control over the speed force. It’s a similar premise to multiple ‘what if’ style tales, except that his one is real, and about to break into the main DC universe.

Unlike many tie-in’s (There will be one released for each ‘dark Batman’ character introduced in the main Metal title) The Red Death reads more like an abridged origin story, and less like a forced connection to an overall plot. Writer Joshua Williamson and artist Carmine Di Giandomenico paint a bleak picture of a multiverse in collapse, and one man’s indomitable will to save it. Each page is kinetic and the story moves along at a pace befitting it’s Flash influence. It’s all brought together into the design of the Red Death himself: a mixture of the Flash’s crimson and yellow with Batman’s sharp edges and fearsome cowl. 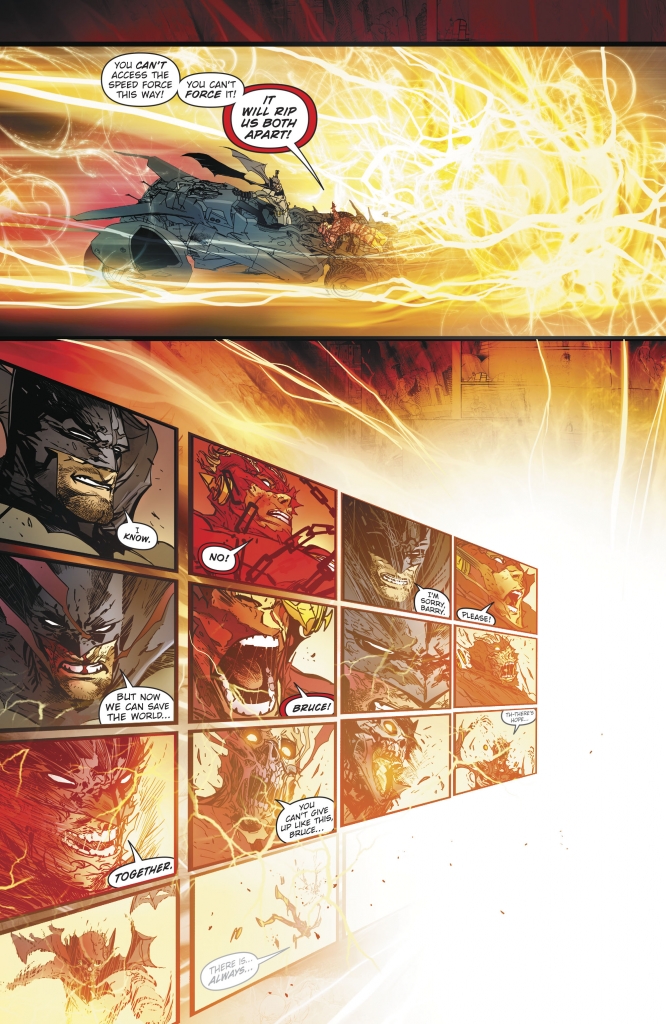 Metal is turning out to be the kind of big event that DC should be doing: massive, high concept pieces full of iconic characters. Batman: The Red Death isn’t necessary to understanding Metal, but it does deliver a satisfying story and an interesting depth to one of the Dark Batmen, especially if the seemingly still present Flash in his head hits at a redemption later on. If each other origin story turns out as well as this one, then readers are in for a powerful event.