A flashy, fun ride that picks style over substance.

Agents of Mayhem, the latest game from Saint’s Row developer Volition, is a game that isn’t quite sure what it wants to be. On one hand, the open-world exploration feel like a Saint’s Row title, complete with some rebranded activities. On the other, the RPG customization elements, linear storyline, and loot collection system feel more like a hybrid between Borderlands and any big third-person adventure title. Ultimately, what’s left is a game that hits every point on a long checklist, but falls short at exceeding at any of them. 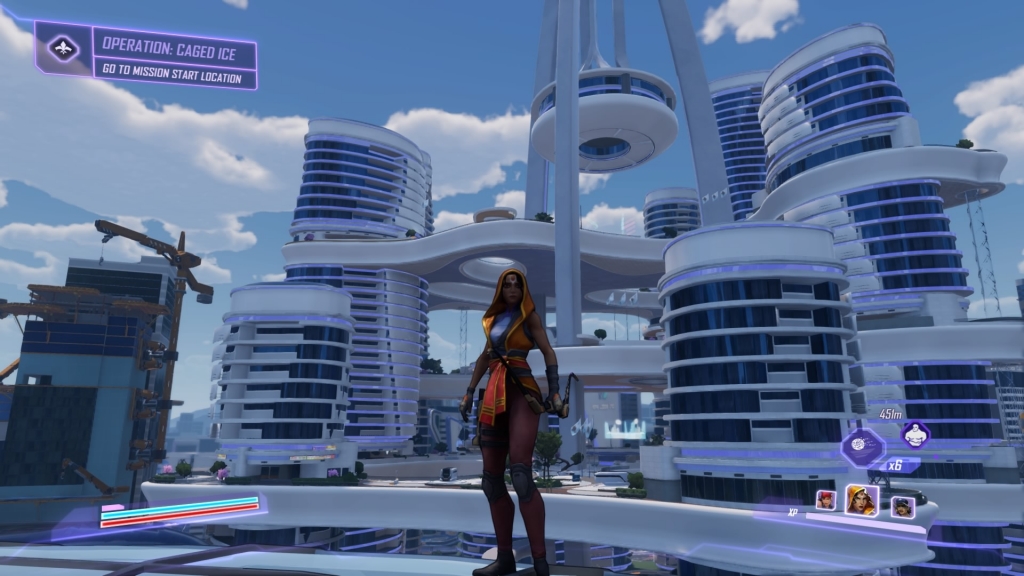 For a story, Agents of Mayhem takes itself a little more seriously than Saint’s Row, despite taking place in some sort of shared universe (don’t try to make any sense of it, trust us). A diabolical organization called Pride, consisting of over-the-top villains and hundreds of faceless drones, has some sort of evil plan to destroy Seoul, and will use all manner of giant robots, laser weapons, and floating fortresses to accomplish it. Standing between them and total domination are the Agents of Mayhem, a strange GI Joe assembly of characters that are, for the most part, the good guys. The entire game is wrapped up in episodes and cutscenes like a Saturday morning cartoon show. The writing lacks the edge (and insanity) of the Saint’s Row series, but it has it’s high points, and doesn’t drag or get bogged down during the action.

The action being, of course, the main course of the game. Every character has a different style of weapon, ranging from a frost-blasting ice cannon to an infinitely-respawning submachine gun. The characters all play differently enough that switching between them feels appropriate based on the current fight, and the Mayhem attacks are unique and, in most cases, feel appropriately massive. Shooting, running, and shooting again is a breeze, and the constant colorful explosions and flying bodies really sells the cartoonish vibe of the whole game. Thankfully, the fighting stays fresh and fun all the way to the end, and serves as the glue that holds the rest of the game together, even if certain Agents are almost always a better pick than their peers. 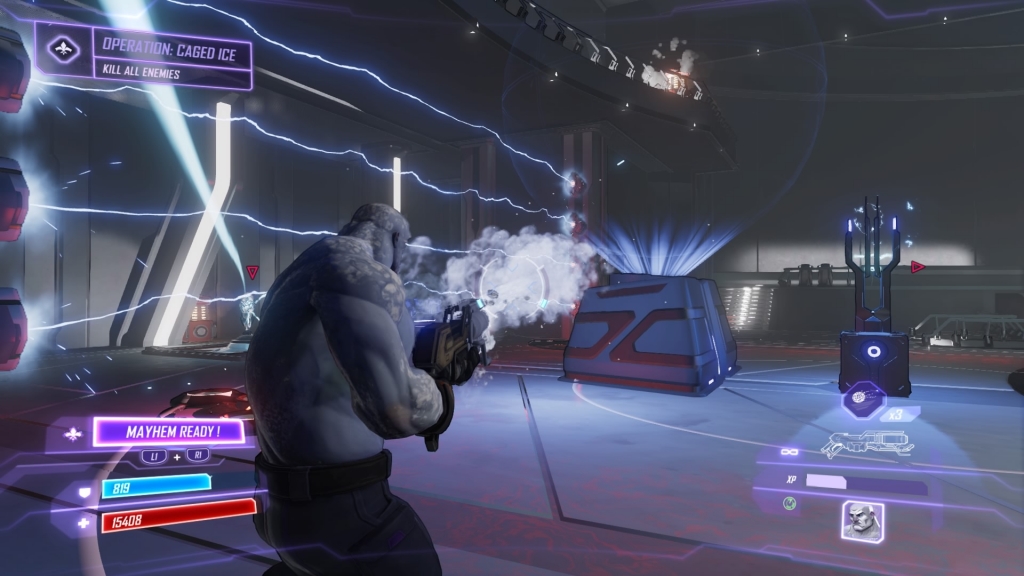 It’s clear that the Volition was going for diversity when creating AoM, and it shows in the vast amount of races, car thefts, escort missions, and even simple puzzles scattered across the map. While the city of Seoul isn’t nearly as big as other sandbox games, it has a lot of detail and a good, sci-fi design. Unfortunately, it feel empty; the NPCs will mostly just stand around silently, and there are very few hidden collectables or secrets to uncover, aside from the activity locations. The world never really feels alive, which is a step back from how big-budget open world games have been progressing. There are chests and crystal shards scattered around the map, but these are usually very easy to find, and generally just involve staying on high rooftops. 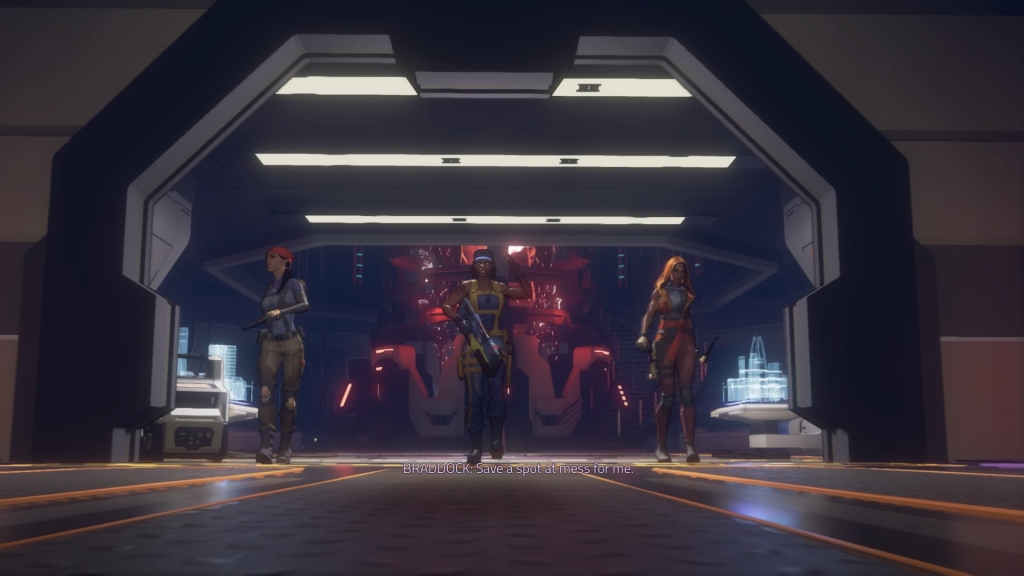 Graphically, Agents of Mayhem is a mixed bag. The character models all look great, and would easily fit into a game like Overwatch. The city itself is beautiful as well to look at, and even small details like vending machines have a well-designed look. But some areas, such as the inside of Pride bases, are downright last-generation in their appearance. The game’s art style looks good in motion, but the overuse of bloom and blur in some brightly-lit areas can ruin the overall appeal. There are also some models, most notably the non-player vehicles, that look like they were released before the final touches could be completed. Most of the game, these aren’t distracting enough to notice, but in the few breaks from the action they become much more obvious.

Agents of Mayhem is by no means a bad game; when it shines (like during the boss fights) it really shines. But when it loses it’s luster (repetitive mission types, game-halting bugs, a generally short playthrough) it feels more like a title from the PS3/XBOX 360 era than a current-generation release. Overall, it’s a solid pick for a weekend rental, but anyone not totally devoted to the Volition universe might want to wait for the price to drop.