With an award winning (and priced at $4.99) sequel just launched, how does the original hold up?

Framed is a puzzle game where you follow a fugitive (I guess?) running from the law, having you rearrange comic book like panels in order to get from one side of the screen to the other without being caught by the police. It starts off by dropping you directly into the process, offering almost nothing in the way of tutorial or menu navigation. Despite its distinct lack of any real explanation, the controls are easy to pick up and the game is incredibly simple to figure out. The art is interesting and the idea itself is creative, however the execution was lacking significantly. 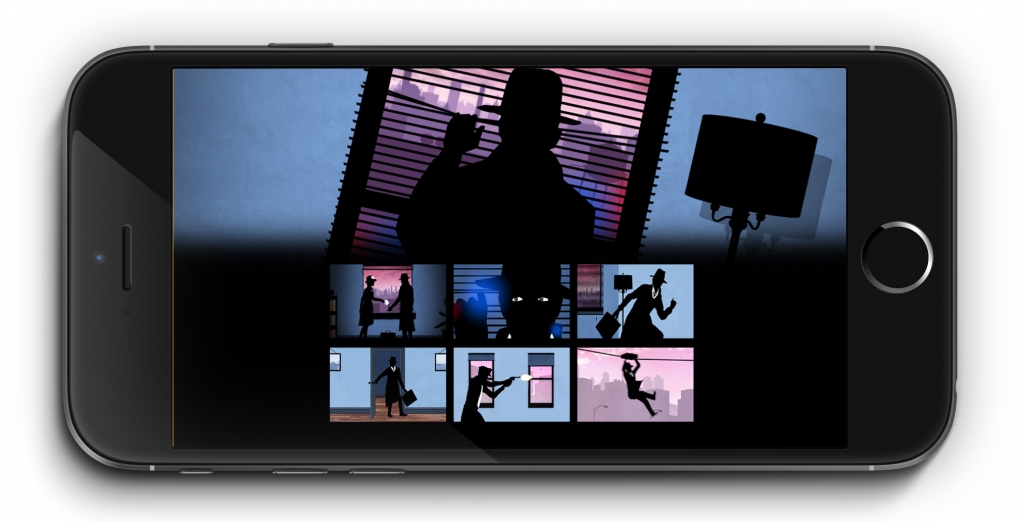 Warning though, if you or your loved ones are a police officer, this game makes them seem like the most incompetent bunch of people ever to be given badges. Regularly missing the fugitive by mere inches, just because they didn’t turn around or go down an obvious escape route left me wondering why this was even an issue. If 12 cops can’t catch one dude with a briefcase, seems like he could have just turned into a café and waited a few hours. I don’t think the games intentions were to call police officers dummies, but if that’s something that gets under your skin as is, you may want to avoid this little game and save yourself the frustration.

Speaking of frustration; there’s no clear end to a ‘level’ so to speak. Sure there is the end of the screen, and in that case each level is one single page. But it never asks you to continue or takes you to a menu where you can easily quit knowing your progress has been saved. It just sorta…keeps going. I say that lightly however, as all in all it only took about an hour, give or take a few minutes, to get through the entire game, making me glad this was a free download. To top it off, half-way through it takes you back to the beginning in what I’m assuming is supposed to be a grand reveal (despite the name giving it away from the start), the fugitive was actually ‘Framed’ for a crime and was running from a false accusation. There is zero dialog between figures leaving the story almost completely up to individual interpretation, but even if this was supposed to be a ‘clever twist’ it still leaves you playing near identical levels, and sometimes exactly the same levels, stretching the content even thinner and making it feel like less of a game. 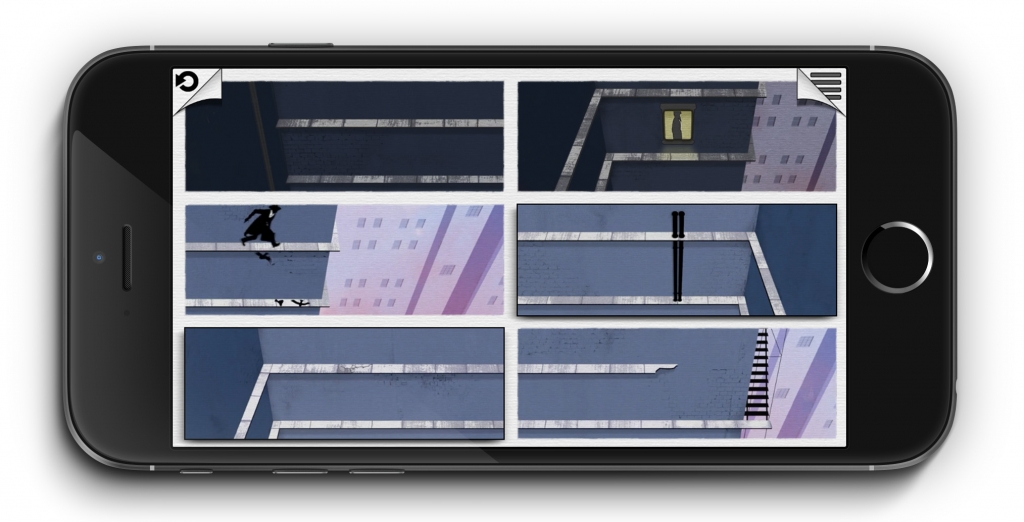 All in all, the style of the game was entertaining, however I feel like short cut scenes with small amounts of text dialog between ‘sets’ of levels and a quick jump to a menu screen giving an easy option to put the game away for a bit would have improved it significantly. While it was a free game, it was still very short with little to do. No telling if ‘Framed 2’ has taken those steps and added additional content, but with the way the first one played out, I’m going to save my $4.99 and maybe get a coffee from Starbucks instead. It’ll last me about the same amount of time anyway.