A Beginner’s Guide to Multiplayer in Mass Effect: Andromeda

A Beginner’s Guide to Multiplayer in Mass Effect: Andromeda

Some quick tips to make those APEX missions a little easier.

With the launch of Mass Effect: Andromeda, thousands of new recruits are pouring into the game’s multiplayer mode, eager to fight through waves of brutal aliens, mechanical monsters, and devious raiders. Both returning fans and new players may notice something right out of the package: the multiplayer experience is much less forgiving this time around. In fact, chances are most new players are suffering through just as many losses as extractions. However, the difficulty can be countered with a few simple hints, and in no time players will be taking on wave after wave without a sweat.

Just like the previous game, Andromeda rewards multiplayer activities with credits, which in turn unlock various boxes full of random loot. The more expensive the box, the better the loot in terms of rarity. However, this doesn’t necessarily mean that more rare characters and guns are much better than the default classes. And the supplies unlocked at lower levels are absolutely necessary for leveling up, meaning that if you bank your credits from the start, you’re more likely to end up with an underpowered and under-geared rare class, versus a viable common one.

Following the previous point, it can be tempting to hold on to every consumable you get, waiting for the perfect moment or match. However, it can be difficult to progress through matches without the aid of boosts, and a well placed Cobra RPG can mean the difference between a squad wipe and a successful match. It’s almost always worth the cost to use the consumable, and if Andromeda multiplayer develops like Mass Effect 3’s, we’ll all eventually have 99 of each item anyway. 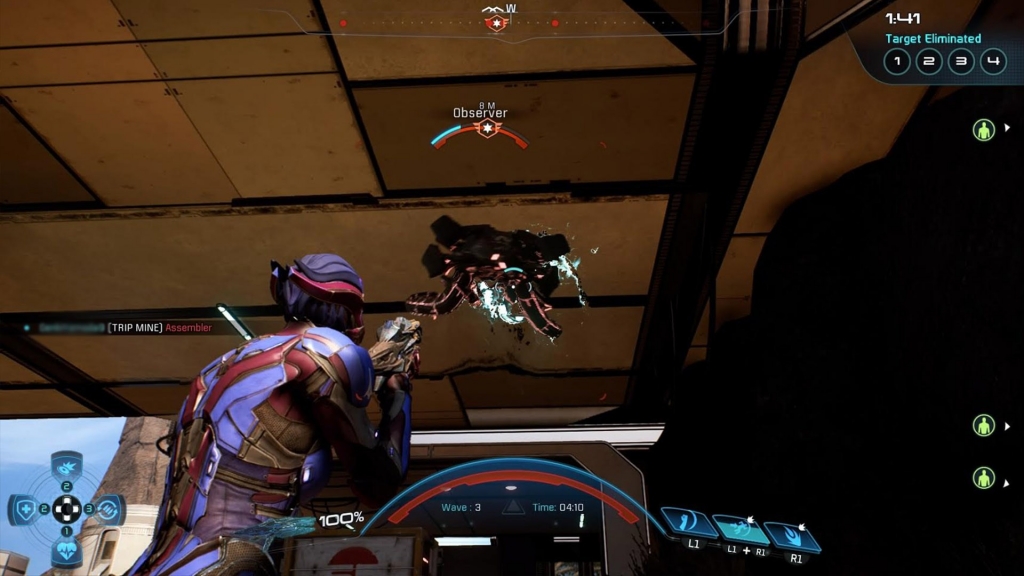 This should go without saying, but, when you encounter one of the objective waves, accomplish it as soon as possible. Objectives range from killing certain marked enemies, to huddling in one location and defending it, to racing around the map to disarm several devices. They can be very challenging, and are made even more so by teammates who refuse to attempt them. The problem is, if an objective fails, the mission ends, so there is literally never a reason for all four players to not try and accomplish these goals. Further, some of them are nearly impossible to complete solo, and others complete exponentially faster if everyone assists. Don’t be the person who goes lone wolf and decides to just snipe from the other end of the map while your team tries desperately to hold a point.

This one might seem counterintuitive, but during the extraction wave, resist the urge to immediately huddle up at the point. Extraction waves are meant to be intense, with an unlimited supply of enemies spawning from all corners of the map. If the entire team is sitting in one location, you’ll be quickly overwhelmed. It doesn’t help that the extraction points are rarely areas that are easy to defend, and are generally out in the open. A better tactic is to keep moving in small groups until about 45 seconds left, then make your way to the point. With practice and timing, you’ll be able to make it to the point with a few seconds to spare, safely getting away from the firefight.

Don’t Be Afraid to Quit Due to Lag

In a multiplayer setting like Andromeda’s, a few seconds delay can determine life or death. If you’ve just joined a game and find your character hopping between points, your powers always missing, or enemies suddenly appearing in front of you, chances are you have a bad host. Don’t put yourself through the stress of trying to manage a lagging experience; you’ll make just as many credits quitting and finding a better host than you will struggling through server lag. As a bonus, it’ll be a lot less stressful, too. 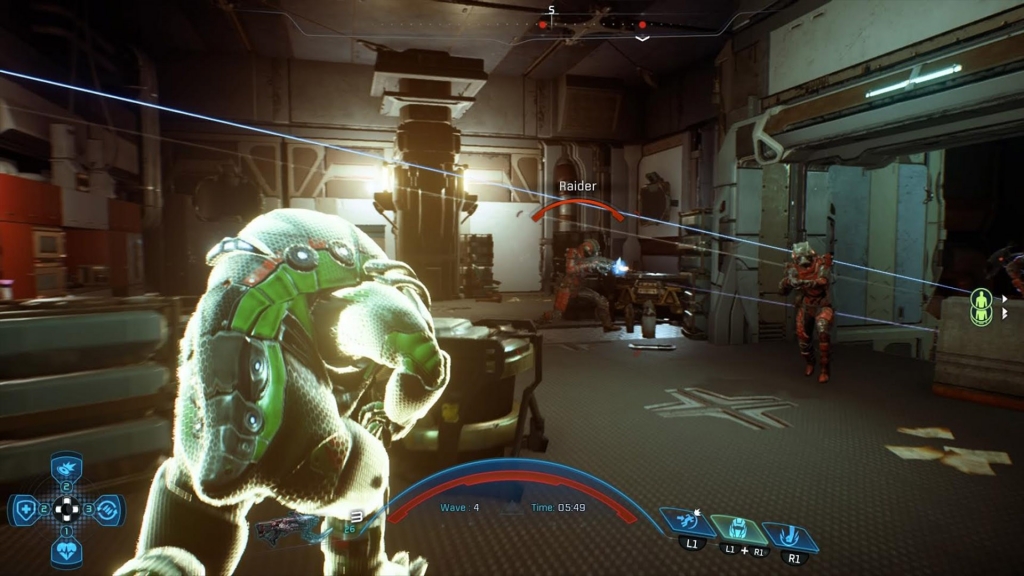 Group Up, but Don’t Camp

As with a lot of horde-type multiplayers, staying near your teammates is a smart decision in Andromeda. However, staying too close can cause just as many problems, especially when maneuvering or dodging attacks. Plus, if all of the players are in one location, all of the enemies will head directly there, sometimes proving too overwhelming even at lower difficulties. In most cases, pairing off works best, especially if you can coordinate two points that can assist the other. Think tactically and the enemies will fall quickly.

If teamwork is not your style, Andromeda may not be your game.