For Honor Hacks Across Boundries

For Honor Hacks Across Boundries

If anything could be said about Ubisoft’s most recent release, For Honor, its this: the game is not defined by any one genre. For Honor aims for a niche market that yearns for multiplayer close combat, tactical decisions, and a system that rewards practice. This isn’t a standard online multiplayer game, nor is it a slow-paced tactics exercise. The resulting mix is something fun and challenging, but ultimately rewarding to those that stick with it. 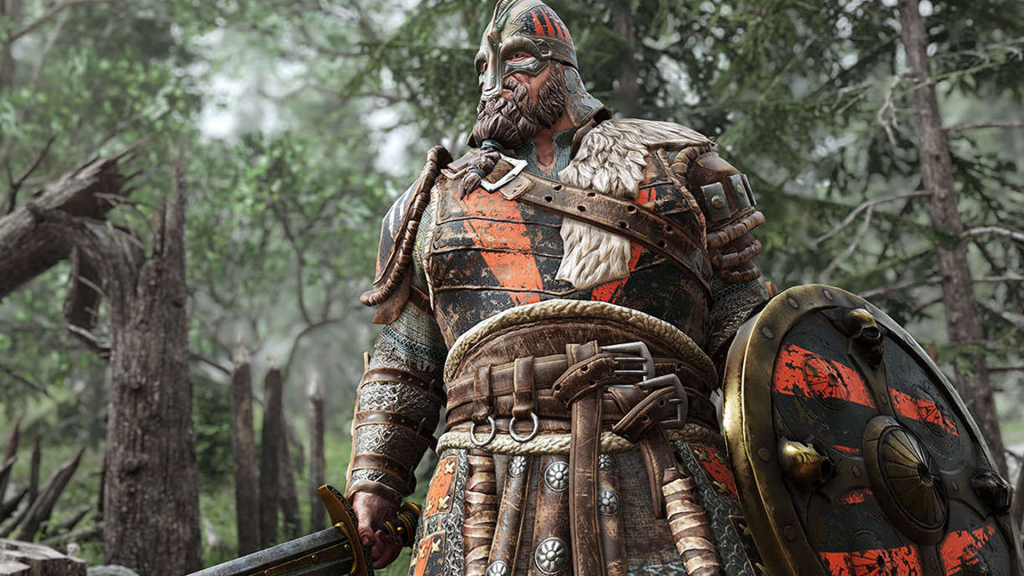 For Honor consists of three factions: Vikings, Samurai, and Knights. Within each faction are four classes, ranging from quick strikers to heavy defensive types. Though the game initially asks you to pick a faction to do battle for, any of the classes may be used after that point, meaning that teams are rarely all one alliance. Instead, your overall performance contributes to a massive war map, with wins and tactical deployments helping secure more territory. As a nice nod to more casual players, even average performance can help push the bottom line, really solidifying the feeling of an expansive campaign. Each class has multiple customization options, including armor slots, weapon builds, and in-battle feats, allowing for literally thousands of combinations, and that’s before you account for the cosmetic customization options. It’s intimidating at first to see so many options, but thankfully even a basic fighter can still hold their own in combat.

Speaking of combat, For Honor is not a game someone can pick up and master within a few days. Each encounter with an enemy fighter is a careful, calculated fight, rewarding patience and reaction times over button mashing. Every fighter can attack from either side or from above, and defenders can attempt to block said attacks. The real challenge is in attempting to predict your opponents moves, while sneaking in strikes of your own. Attacking too much in a hurry will exhaust your character, resulting in slow and sloppy swings. However, only defending will eventually lead to the same result, as players must try to strike a balance. Thankfully, extensive tutorials, videos, and a fairly well-done single player mode all help to ease in the more difficult parts of combat. 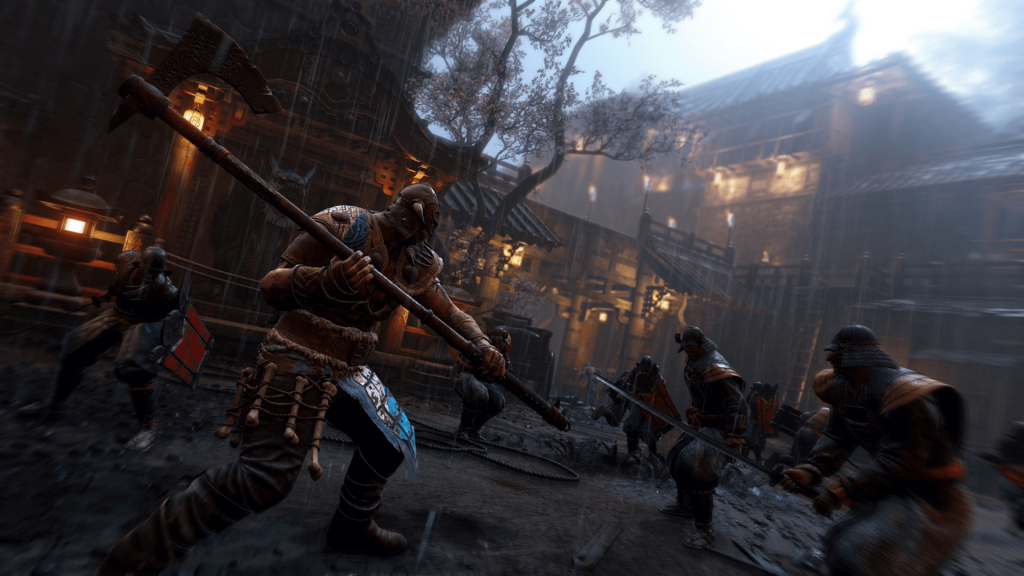 Multiplayer consists of several modes, from large-scale warfare to one-on-one duels. There are achievements and missions for each, and progress can be made while playing any of the modes, so there’s no need to feel locked into one game type. Further, each game type can be played against AI bots as well as real players, for those who may want a more relaxing win. The single player campaign, as mentioned before, is pretty well done for a primarily multiplayer game, with an interesting story and some really stunning set pieces. Overall, there is a lot of replay value here for someone who enjoys the combat system, especially those with an obsessive need to unlock everything.

Though the cut scenes are beautifully rendered, the in-game engine sometimes seems a little dated, especially with tons of action going on. However, chances are you wont notice as you hack through dozens of foot soldiers, cutting a path to the nearest hero character. Backed by a surprisingly well-done soundtrack, the game does build a serious, somber atmosphere, with lots of grit and blood, at times feeling more like Dark Souls than it may mean to, especially with the slow paced and dangerous combat. This helps to add weight to the overall feel though, something most multiplayer games lack. 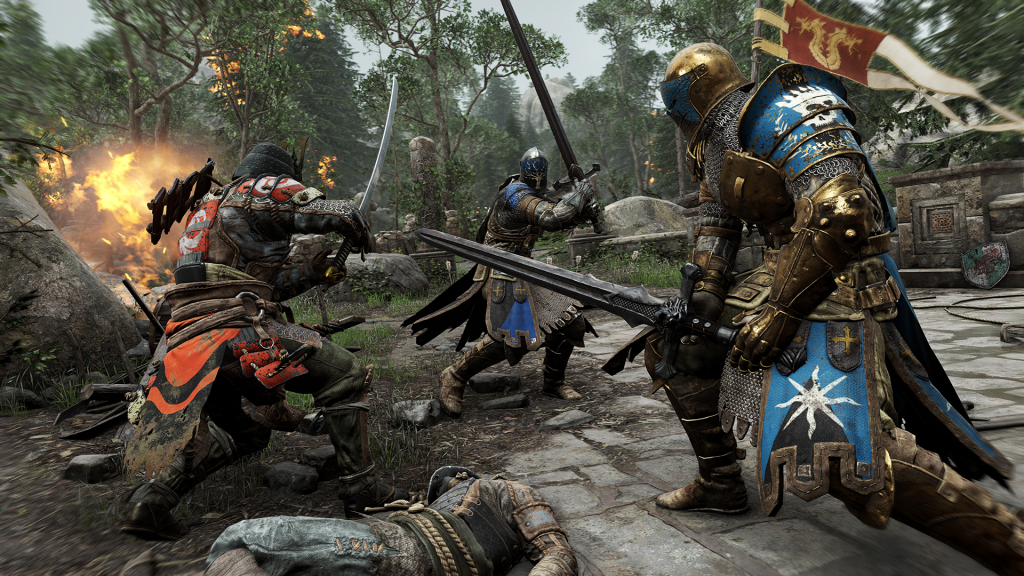 There are a few small issues with For Honor, however, that keep it from being a must buy at this time. First, and this could be expected with any multiplayer game launch, some of the classes are obviously not as well balanced as others, leading to a current system where many of the same fighters will show up over and over. Second, although the nail-biting combat system may be a boon to some, to others it may just be too steep to really enjoy, especially when a small slip up or failure to parry properly can change the course of a match. Finally, though the game is obviously built for multiplayer, it’s worth mentioning that only the fastest internet connections need apply; lag or slowdown in this game can mean instant death.

For Honor could be seen as a risky game, pushing something a little different than every other game currently on the console market. However, it’s a risk that will pay off to dedicated players, providing a fulfilling experience with every bloody execution. For gamers looking to sharpen their reaction times and patience, while hacking through a semi-fantasy world full of grim demeanors and violence, For Honor delivers an experience unlike any other.