The next big release for the Nintendo Switch paints the town neon.

When promo videos started showing up months before the Switch launched, Splatoon 2 was one of the more prominent titles. The online-based shooter was a smash hit on the Wii U, a rare commercial and critical success on a system that sadly saw too little support. The follow up, Splatoon 2, brings the same mayhem to the Nintendo Switch, with a few additional modes and features. 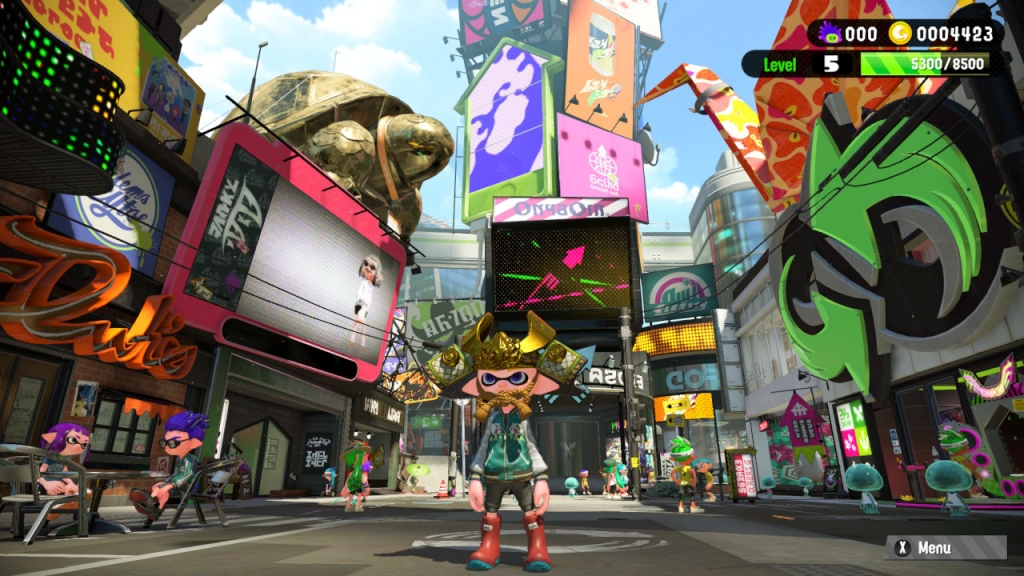 Understandably, fans of Splatoon will find more to love here. The core concepts of the game remain unchanged: paint as much of the ground as you can with a variety of paintball-slash-watergun-slash-paintbrush themed weapons, all while attacking or hindering the opposing team. Each match features two teams of four and a three minute timer, making jumping into a match quick and easy. Almost every mode of the game can be accessed through the pause menu, which also helps to make Splatoon 2 a very easy game to pick up for quick gaming sessions.

Along with the standard online competition, Splatoon 2 also features a single player story mode, and a co-op VS AI mode called Salmon Run. In the single player game, the player’s must rescue the stolen Zapfish from the devious Octolings (a word-for-word copy of the first game’s storyline). The levels are very well designed, slowly becoming more challenging while teaching the player new skills that, at least for the basics, carry over into the multiplayer battles (as well as some power-ups collected throughout the levels). Despite the premise being exactly the same as the first game, there are enough story moments and character interactions to keep it from feeling like a carbon copy. The only downsides are that the entire campaign barely hits the four hour mark for length, and that the difficulty level on the bosses seems to vary wildly with each stage. However, the sheer creativity of the final challenges will leave players wanting more unique designs. 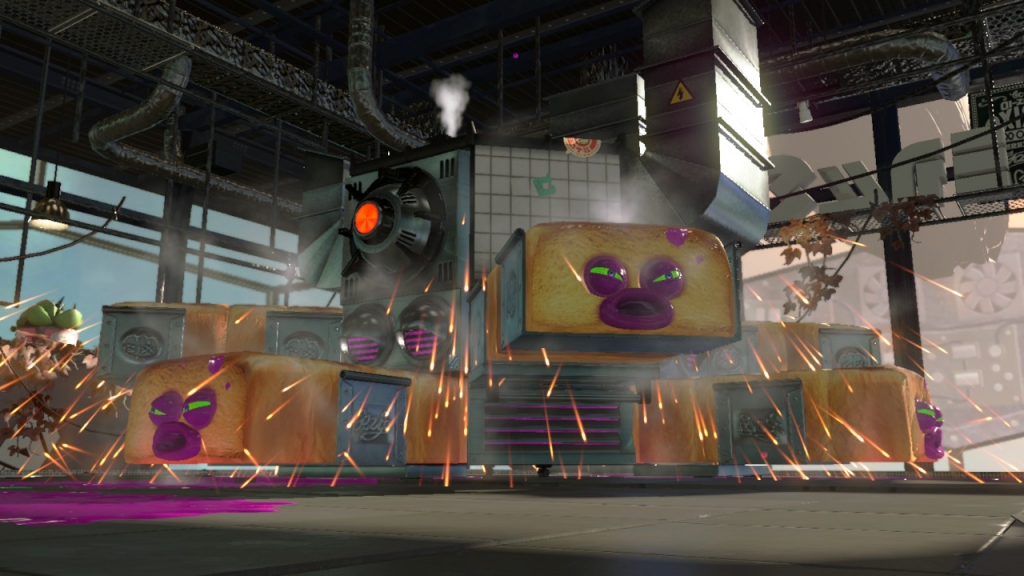 Salmon Run offers a little more in the way of replay-ability; in this mode, four players must work together to collect eggs and defeat enemies before time runs out. Similar to other horde-style modes in game, there are a variety of enemy types to splat while frantically running eggs back to a collection point. For a mode clearly meant to supplement, not replace, the main game, Salmon Run is a surprising amount of fun that only rarely becomes frustrating with random Boss spawns. It is a nice break from facing off against other players, however, and a well-practiced team can easily farm this mode for rewards. 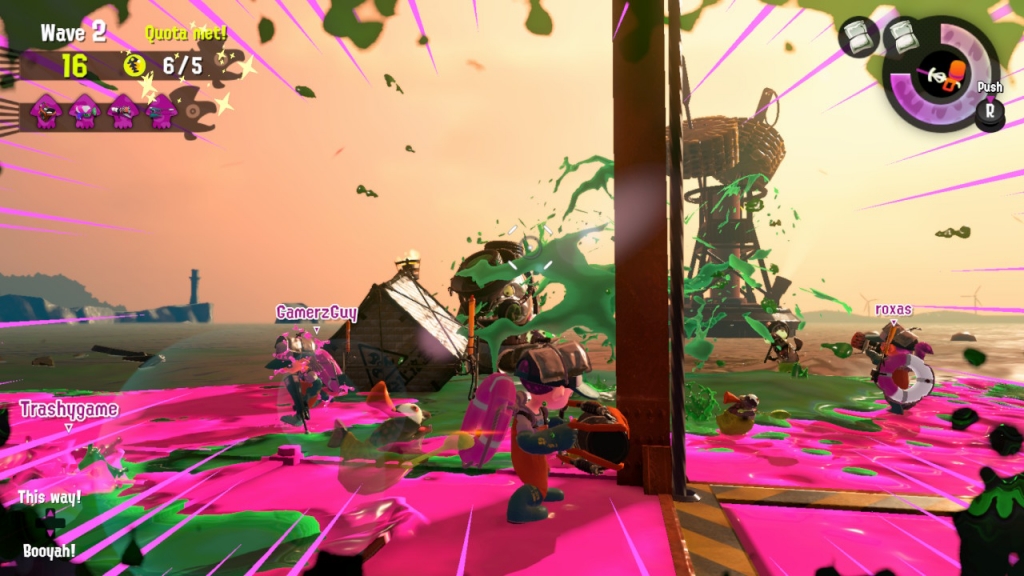 The bulk of Splatoon 2 lies in its online multiplayer, and in almost all categories, it delivers great results. Graphically, there is no slowdown or stuttering, and the ink physics look beautiful even when the action gets intense. The motion controls (now able to be turned off for players who prefer a more traditional approach) are somewhat intimidating at first, but actually end up providing a more accurate aiming system with a little practice. However, a Pro Controller can still make a world of difference; anyone wanting to seriously climb the ranks should invest in one. The matchmaking is still a little rough at times, occasionally ‘scrambling’ the players after a match into the exact same teams they were in the match before. The map rotation system from the first game is back; every two hours, two new maps are available for play. While this does keep the game fresh, it also means that players will be somewhat ‘stuck’ between two arenas until the rollover occurs, which can get repetitive very quickly.

Splatoon 2 is an engaging and well-made game that really lends itself to short game sessions, helping accentuate the portability of the Switch (assuming you still have a decent internet connection, of course). However, it isn’t without it’s issues: even with the addition of a new mode and various new customization options, the game still feels like a tuned-up copy of the first. Players who became worn out on the first title will find little innovation here. There are also some confusing design choices: being unable to group with friend for certain modes, the inability to leave a lobby, and a map-rotation system that almost ensures seeing the same map three or four times in a row.

With bright, colorful graphics and a decently deep amount of customization and progression, Splatoon 2 delivers everything the first title did, with just a tiny bit more on top. For returning players and eager new Switch owners, it’s still a solid pick and a likely staple of the system.