The launch title the Switch should have had.

Mario Kart 8: Deluxe is the updated release of Mario Kart 8, originally released on the Wii U in 2014. With slightly updated graphics, load times, and other technical features, Deluxe also includes a handful of new racers, several new battle modes, and a worldwide online mode. 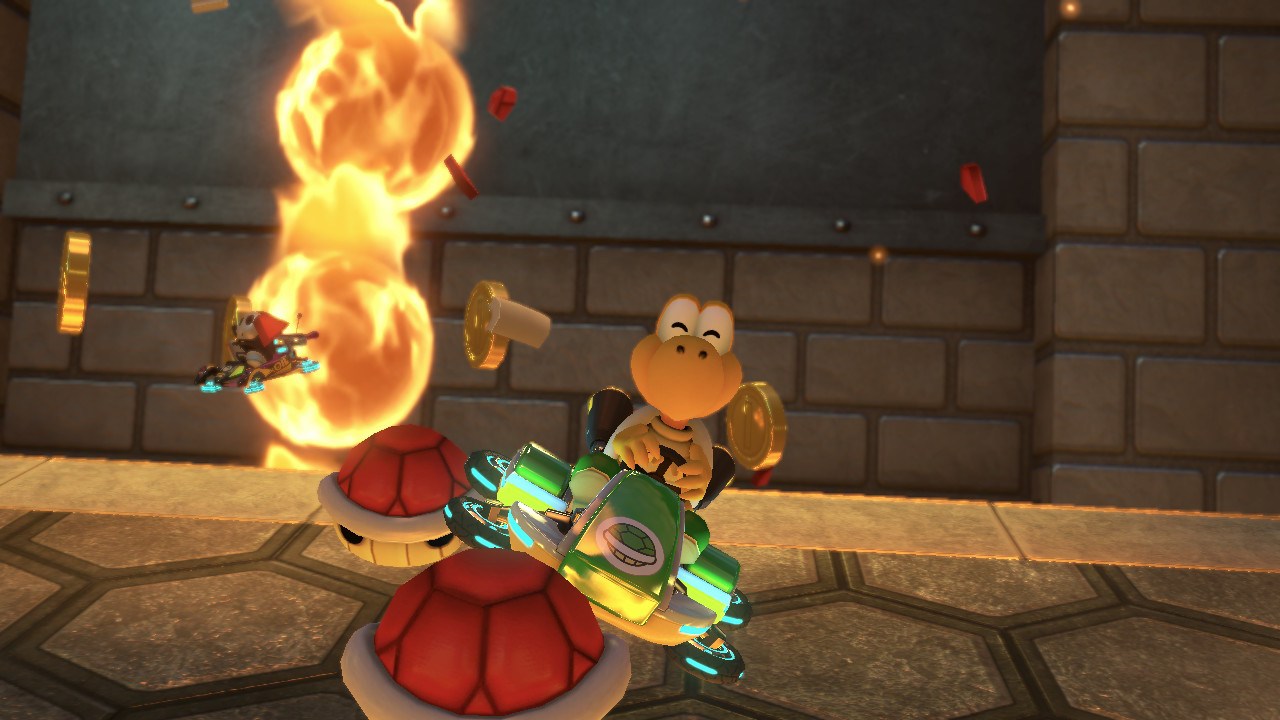 Graphically, Deluxe is as strong as ever, with big, bold design choices and vibrant colors. Each racer stands out with unique animations and reactions, and the huge variety of karts sport a good amount of detail. Overall, the game is incredibly polished, which makes sense as it’s based off an already stellar release. Though tracks can get flashy and complex, the graphics never inhibit the game-play by becoming too distracting. The music is standard Mario Kart fare; catchy and fun, but nothing too memorable.

Though graphics and sound are important, the real appeal to a Mario Kart game has always been how it plays, and Deluxe does not disappoint. Every racer feels slightly different (with the exception of color swap models like the Shy Guys) and each kart adds and subtracts to their overall strengths. With every user being able to select their racer, kart, wheel type, and glider, there are plenty of options for customization to find that perfect fit. Balance is also very well done, as each racer has enough strengths and weaknesses that there is no overall ‘best’ choice. The tracks are, as expected, very well done, with only one or two that are not genuinely a thrill to play. 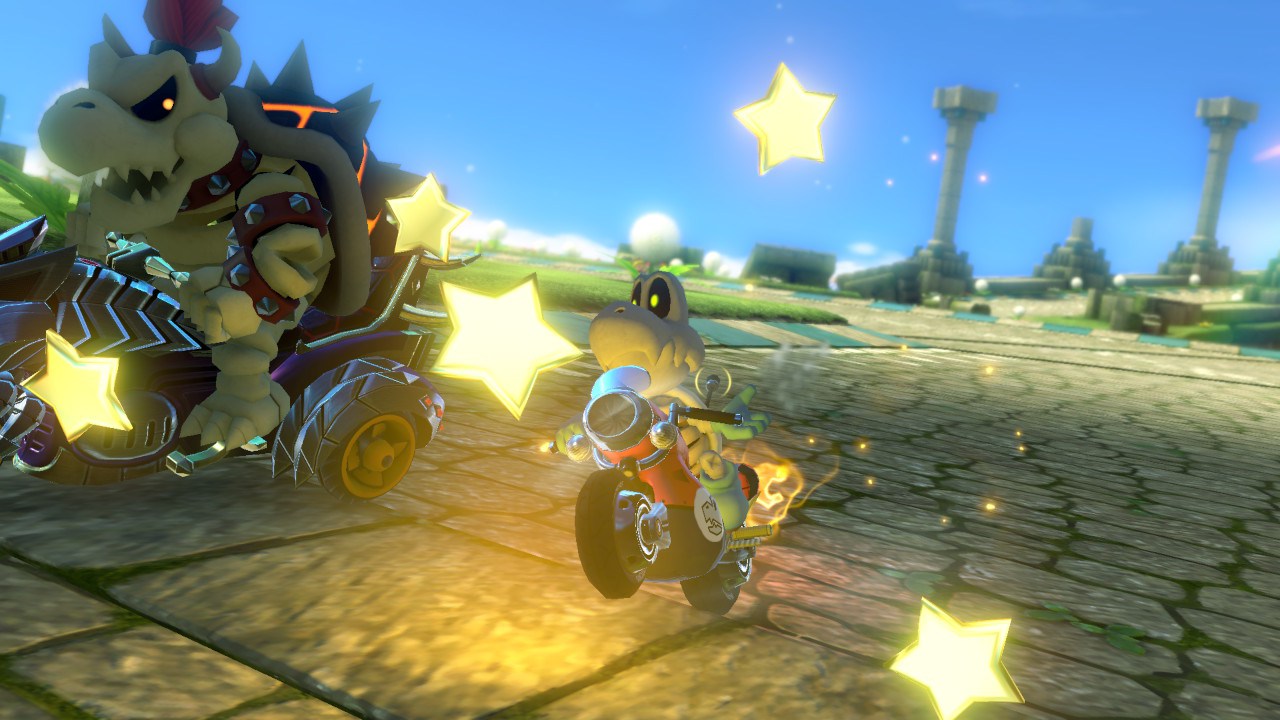 Overall, Deluxe represents the pinnacle of the Mario Kart franchise, so what about the new additions to the game? Foremost, the somewhat lacking battle mode of 8 has been greatly improved, with multiple game types and maps to choose from. The classic, frantic pace of older Mario Kart battle modes has finally been brought to a modern console, ensuring a ton of reliability as a party game. Though some of the maps are a little too large for the game types, that’s really nitpicking at something that has so few flaws. The new kart racers, while nothing extraordinary, help give everyone a chance to pick a favorite. 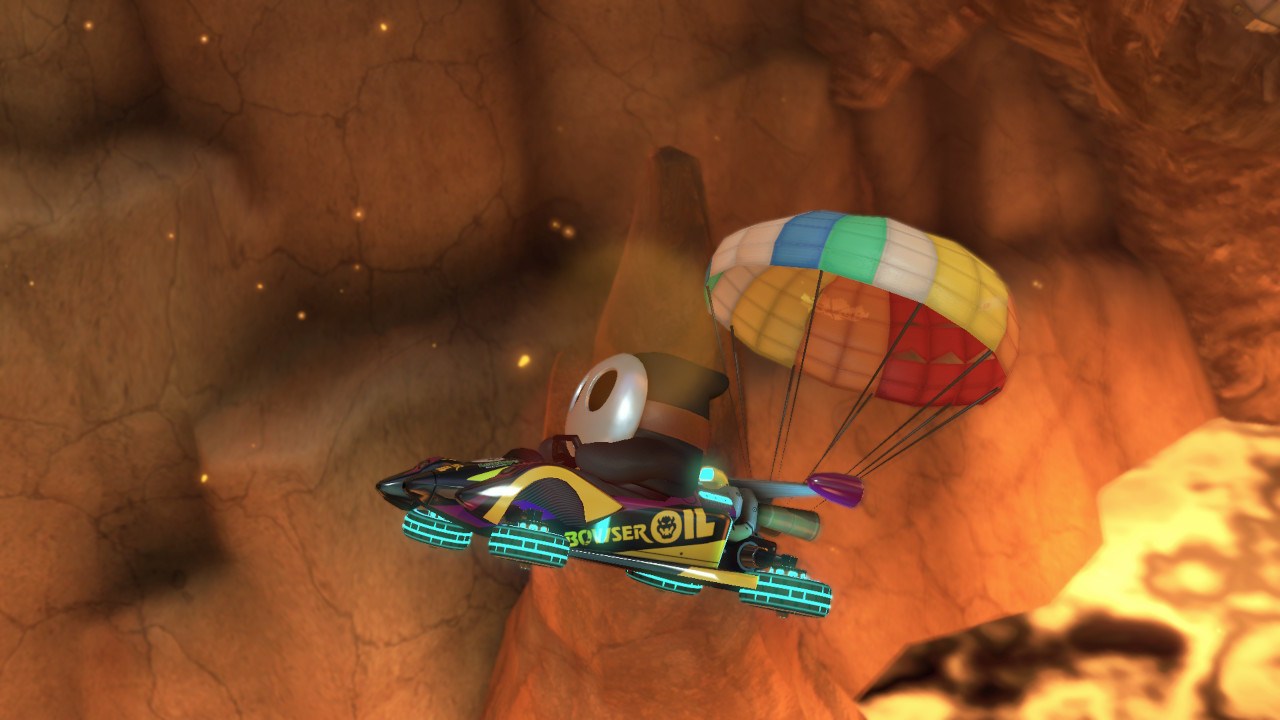 Despite all these achievements, one part of Deluxe falls flat: it’s online multiplayer. Though likely caused by a massively popular release and high sales, current online multiplayer is very, very rough. Disconnections occur every other round, and lagging response times make any sort of accuracy with items nearly impossible. On top of this, there seem to be some bugs with the online multiplayer that can cause racers to be unable to pick up items, be rescued from falling off the track, or even see the other racers. It’s a very low quality experience from a brand like Nintendo, a company who hasn’t always had a good track record with online services to begin with.

If you’re a Switch owner looking for a good couch multiplayer game, or have the need for a fully developed portable Mario Kart, you can’t go wrong with Mario Kart 8: Deluxe. Just don’t expect to race around the world until later this year, if ever.