Fans of the nearly 17 year old game face yet another cancellation.

The world of Dragonball based card games is littered with temporary attempts to capture the fun and intensity of the popular series. In fact, considering the global appeal of the Dragonball universe, it’s actually somewhat strange that few CCG attempts have lasted more than one or two years before being abandoned. From strange crossovers to incomprehensible rule sets, DBZ has seen its share of cardboard representation.

Among fans, however, Score’s 2000 Dragonball release stands out as a strong point in the series. Coupling simple rules with a huge variety of characters, Score managed to take the fast-paced and powerful combat and turn it into a successful CCG. Despite a rocky original release where the card art rarely matched the name, ability, or sometimes even character (becoming so notorious it was parodied even by the game itself later on), the DBZ CCG was a success. The original version ran through the entirety of the DBZ television series, with, even including the non-canon movies. In fact, some critics believe the game went a little too far with side characters, as the main personalities were just as likely to appear in a pack as some that appeared for less than five minutes in the show. 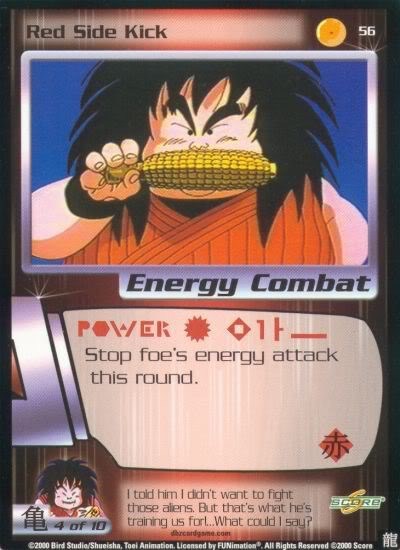 A red kick that stops an energy attack and features Yajirobe eating corn. Someone actually approved this card.

In 2004, the game morphed into a Dragonball GT focused endeavor; while some of the old cards could still be used, a low interest in DBGT and confusion over tournament legal cards and compatibility lead to the game quietly fading out of print. It was discontinued in 2006, with a whopping 2660 cards under its belt. 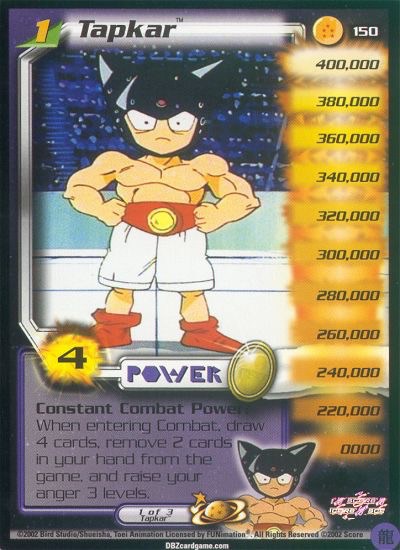 Sure, you barely remember him in the show, but he was so overpowered in the CCG that it nearly broke the game.

Over the next years, a few more attempts came and went in the DBZ CCG world. Each of these games was poor to decent in its own right, but failed to take off. Many players of the previous game felt burned, especially looking at huge collections of cards and decks that were not compatible with any new versions. Fast forward to 2014, and the sports card company Panani took a risk that would reignite the fandom.

In an effort led by Aik Tongtharadol, a previous DBZ CCG world champion, Panini released an updated CCG focusing on the Sayian Saga. However, rather than create a new system, they focused on compatibility, making sure that each new card was also entirely functional within the 2004 release, and vica versa. The result was a blast of fresh air that allowed long time fans to dust off their boxes of cards and start to play again. Along with complete compatibility, Panini clarified many of the confusing original rules, balanced the characters and deck types to allow more variety, and even slowed down the game itself so that newer or ‘weaker’ decks could compete with tried and true combinations. Overall, the game was a success, finding its way back into comic stores everywhere, and even some big box retailers like Target. 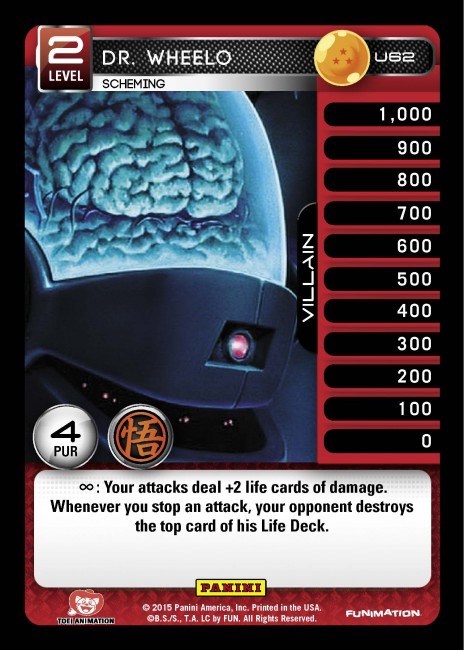 Finally, the chance to play as a giant brain in a robot suit.

With a resurgence in DBZ popularity (ushered in by two movies and the talk of a new series by the original creator, Akira Toriyama) the Panini CCG earned a place among other long-lasting games. Over six expansions, players revisited familiar settings in the series, and also had the chance to play as movie characters such as Dr Wheelo and Turles. To their credit, Panini kept the balance of the game fair, even when characters like Broly and Cell made it to print. However, sad news was around the corner.

On January 6th, 2017, Panini posted this article on their blog, revealing that they would no longer publish the DBZ CCG. As written on the post:

“As many of you know, Bandai (the master license holder for Dragon Ball universe properties) is releasing a trading card game based on Dragon Ball Super in 2017. So as to not over-saturate the market with similar products, Panini America will not be continuing with the Dragon Ball Z license. From the sparse known details, Bandai’s new game and our DBZ TCG are vastly different.”

While sources are unclear as to if this is a voluntary stop, or if Bandai simply refused to allow Panini to continue working the license, the fact remains that the DBZ CCG is coming to an end for the second time in nearly two decades. Like other longstanding properties such as Yu-Gi-Oh and Magic: The Gathering, the DBZ CCG has built up a loyal fan base of players who have, in some cases literally, grown up playing the game. While Panini commits to a final effort in balancing the game and updating the rules, it will no longer head the project. As a side note, the few reveals from the Bandai version show a vastly different game, so the chances of compatibility are almost zero. Also worth noting: Bandai released a DBZ CCG already in 2008, called The Warriors Return, which was panned as a ho-hum release with issues in both balance and art. It went on for four expansions before being canceled.

For some fans, this is a repeat of the same feeling a decade ago. However, used card sales for the DBZ CCG have remained strong, even when the game was not supported, and this new edition will likely stay on the shelves for a decent amount of time. Time will tell if the DBZ CCG gets a third lease on life in another ten years. 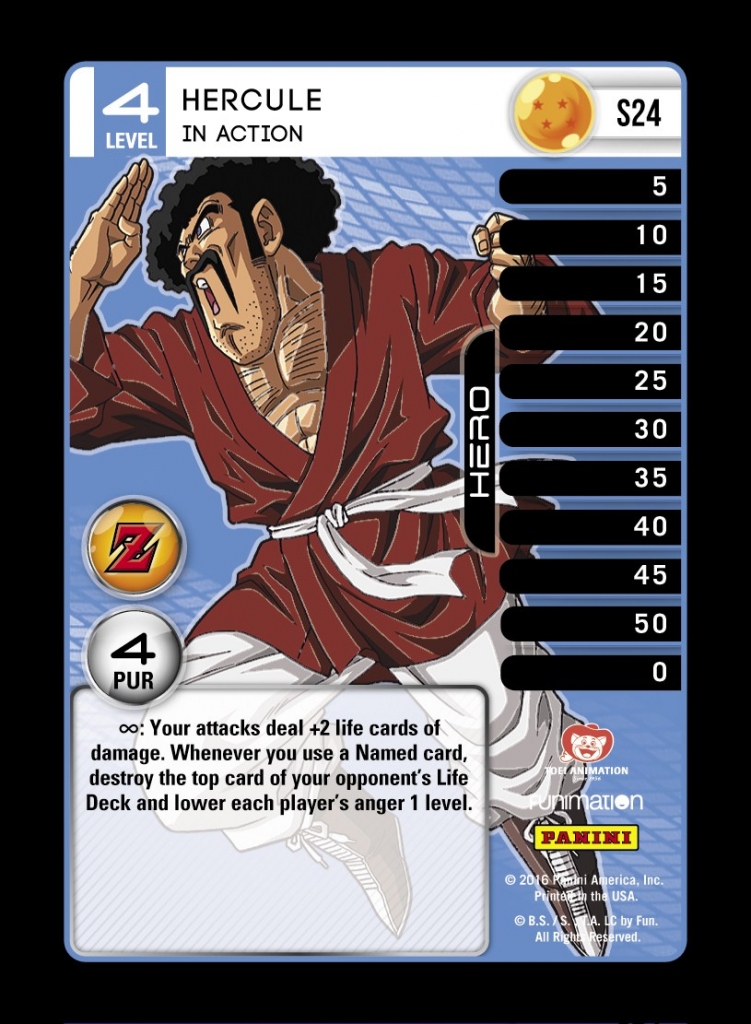 Lets hope for a round three so this guy doesn’t have to stay out of the action.

(all card images from RetroDBZCCG.com)