Mario’s latest adventure is easily one of his best.

I’m forty minutes in to Super Mario Odyssey, and I’ve already taken control of a T-Rex, a Goomba, and a Bullet Bill. For some levels it seems like I’m playing more as these various creatures than as Mario himself, but surprisingly, it feels totally natural. In fact, that’s a great way to describe Super Mario Odyssey; natural and seamless. If Nintendo has done one thing, it’s hone the Mario experience into a fantastic and fun journey that manages to be nearly everything I wanted it to be. 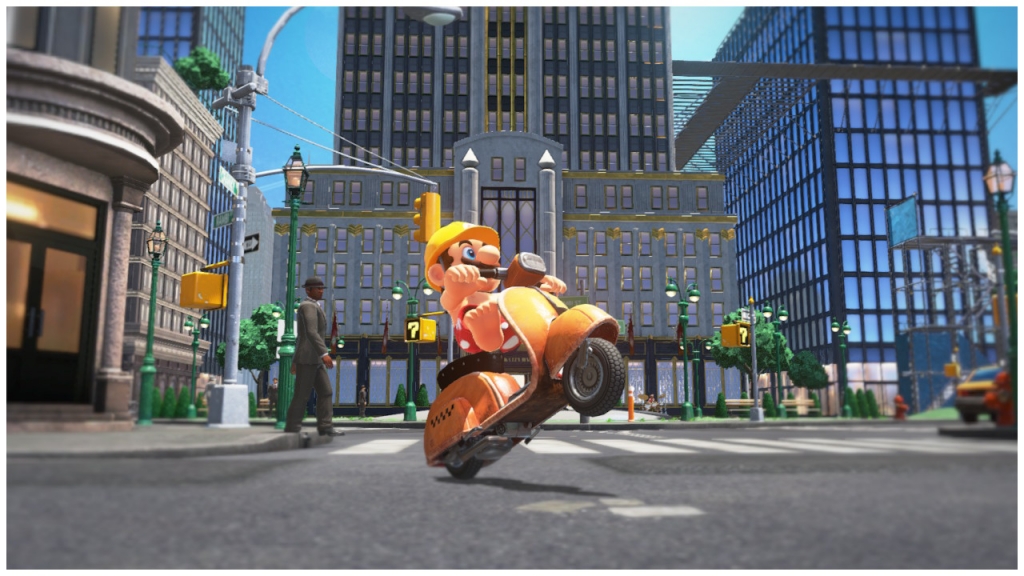 Plot wise, the Princess has been captured by a marital-minded Bowser, as per the norm. New to the game, however, are Bowser’s hench-rabbits, a crew called the Broodals, who mix malice with wedding planning. Overwhelmed by Bowser’s initial attack, Mario finds himself in a strange land full of ghost hats, his own trademark cap shredded. This is where we meet Cappy, a ghostly hat that Mario can toss around in a variety of ways, defeating enemies and breaking blocks. Cappy can also possess certain enemies and objects, opening up a huge amount of puzzles and fun interactions with the environments, including springing up a sheer wall with flagpoles, rocketing over lava as a fireball, or smashing through cheese as a frying-pan tossing Hammer Bro. The sheer diversity of things to possess is impressive, but each one feels perfectly placed, and it never becomes overwhelming. Smaller additions to the game, like being able to purchase new outfits for Mario and a wonderful screenshot mode, round out an experience where nearly every part is tuned to perfection. 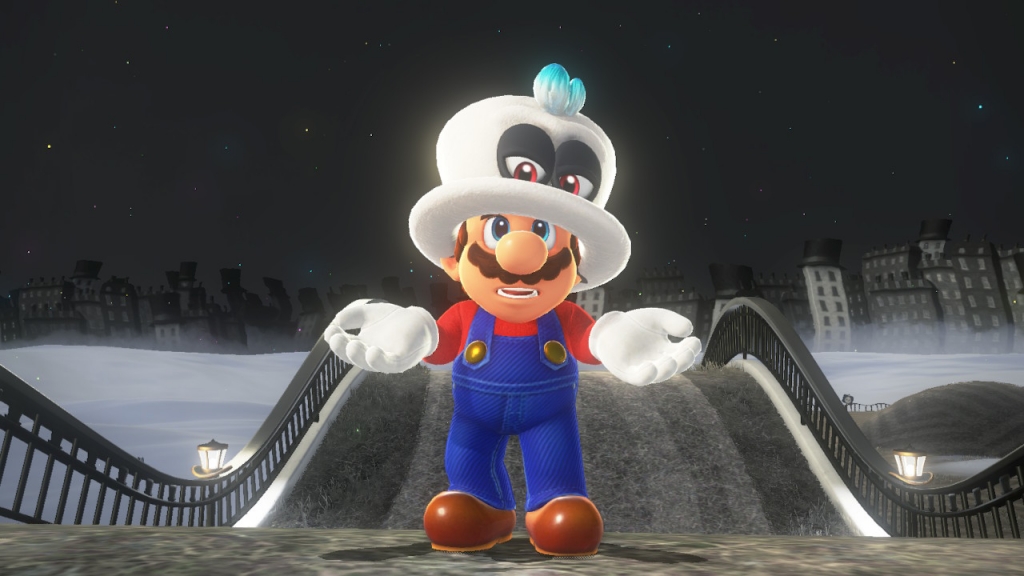 The level design of Odyssey feels like the best possible mixture between Super Mario 64’s self-contained worlds and Super Mario 3D World’s linear-yet-open design. Each kingdom in Odyssey is packed full of Moons that can be collected through a variety of puzzles, boss fights, and hidden secrets, and every level feels full of life and things to do. While it isn’t difficult to collect enough Moons to finish the game, there’s a lot of joy to be had tracking down the really well-hidden or difficult treasures. The enemies, layout, and puzzles of each world are unique, carefully adding in new mechanics or skills in very clever ways. It’s the hallmark of a great video game to suddenly realize, two hours in, that you’ve naturally grown to utilize all of the tools available, without clunky tutorials or obvious prompts (though Odyssey does have those occasionally, which is a minor detraction to the experience). 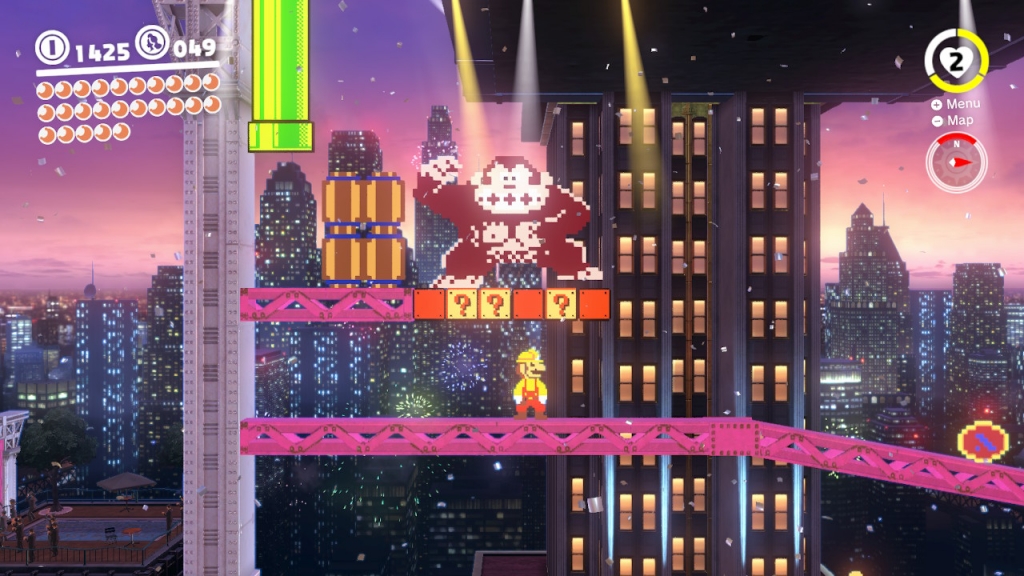 Every kingdom that Mario and Cappy journey through is packed with color and whimsical design, with some truly unique locations that I won’t spoil here. A few classic Mario settings made their way in as well, full of nostalgia and clever callbacks to previous games. Exploring these worlds just to see what each one looks like is occasionally more fun than trying to obtain all the Moons or beat the boss, and Odyssey rewards players who venture off the beaten path and check under every bridge. Mario controls perfectly whether you’re using the Joy Cons or the Pro Controller, as does each enemy he possess, meaning that the controls never get in the way of having fun…except for when the game forces you to use motion controls. It’s only once or twice, but each time it’s a serious letdown in the flow of the game. It doesn’t help that the awesome Pro Controller, usually what I play 99% of Switch games with, seems to have trouble with the different shakes required to toss Cappy. It’s entirely possible to beat the game without using motion controls once, but to attain every Moon, you’ll be flicking and shaking your controller frantically. 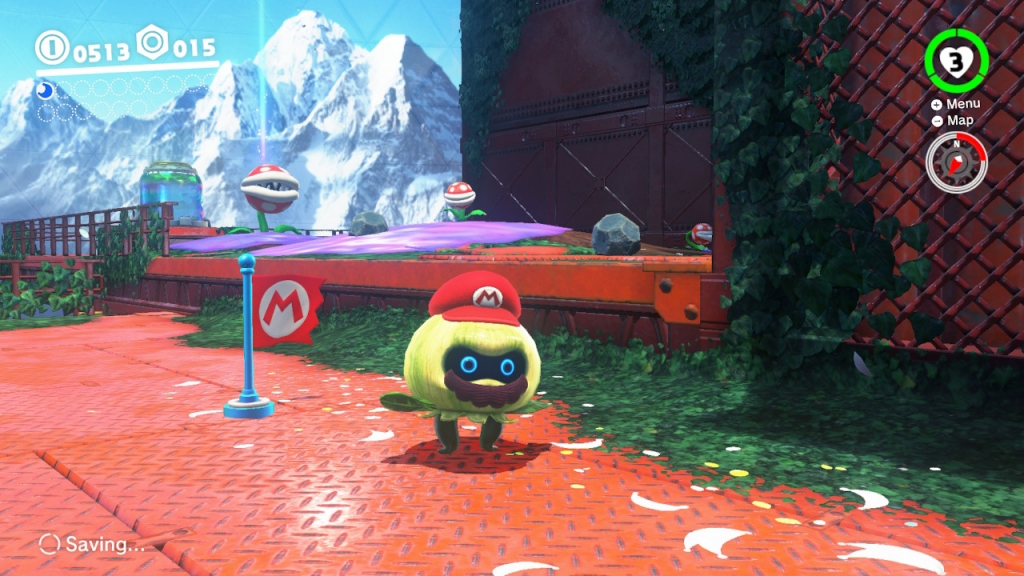 An experienced Mario gamer could probably clear the entire story within 4-5 hours, but it would be a shame to ignore the tons of detail that Nintendo has packed into every inch of this game. Playing Super Mario Odyssey feels like visiting an old friend in a new house; the location and layout is different, but there’s a familiarity and a warmth to it. It’s a must-have for Switch owners (like there’s really anyone waiting to read a review before buying it) and, combined with the quality lineup of games this year, a great reason to purchase a Switch.