The sequel to the 2013 award-winner packs a solid punch.

When the first Injustice launched four years ago, it received high praise form the video game industry for its graphics, precise and satisfying controls, and storyline. The latter, generally not a focus of a fighting game, told a ‘What if’ story of the DC Universe, where Superman had become a totalitarian leader of Earth, instituting peace and justice through fear and force. Player’s took on the roles of DC characters such as Batman, the Flash, Wonder Woman, and Green Lantern, fighting their way through friends and foes alike based on their ideologies. The story was a success, and even spawned a successful tie-in comic series that continues to this day. 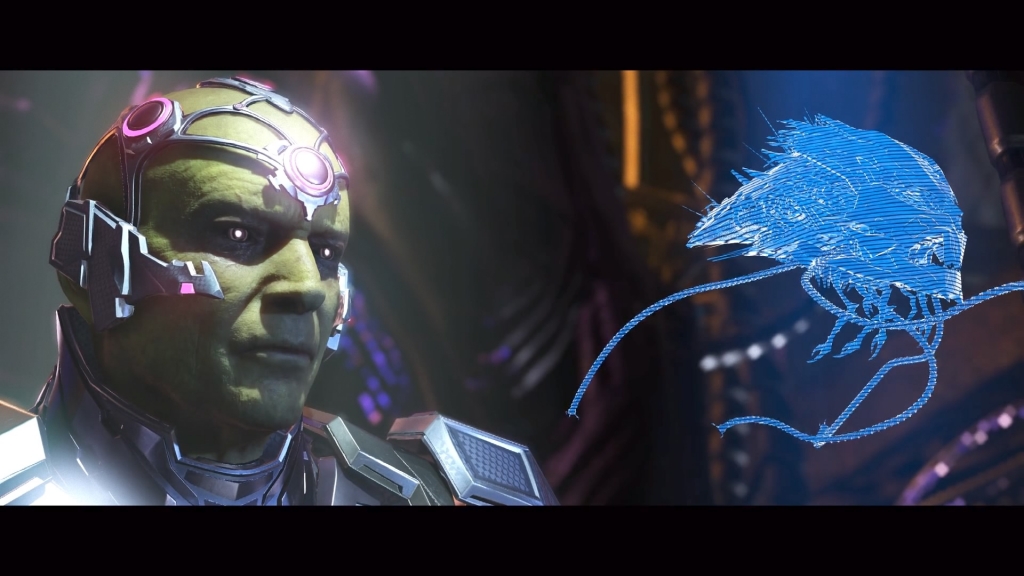 Injustice 2 picks up some time after the events of the first title, choosing to craft its own story rather than follow the one laid out by the comics. Though the ‘alternate version of an alternate version’ story line might take a little time for new players to involve themselves in, it serves as a strong backdrop to a game that is essentially about people punching each other. Even more impressive, it manages to mix the bright, flashy lives of superheroes with the dark realities of war and violence, yet never ventures too far to either side. It wouldn’t be wrong to say that the tone of Injustice 2 is exactly what DC’s movie lineups should be aiming for.

As could be expected, the controls handle with pinpoint accuracy, even during online matches (excusing the occasional disconnect or lag). Fighters feel distinctly different, even when comparing between bruisers like Bane and Superman. Though each fighter has only a few special moves, there are enough variations of basic moves, combo breaks, grapples, escapes, and stage interactions to keep fighting game enthusiasts glued to the screen. And with a base roster of 29 characters (plus 9 planned DLC combatants) Injustice 2 sets itself up to give every player a new favorite. 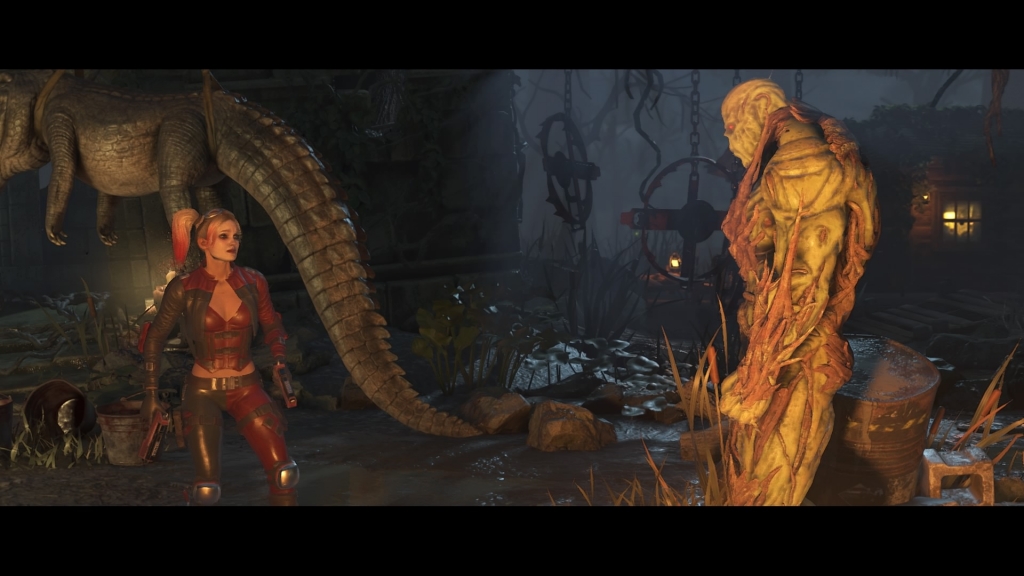 Helping along the story are some truly impressive graphics, mainly in the facial animations of characters in cut scenes. While it’s apparent that some characters got a lot more treatment than others (Harley Quinn, for one) all of them look and speak so realistically that it can sometimes appear to be captured footage of actors rather than rendered graphics. The actual fights themselves reduce these animations a bit, but the characters still look very good, coming across as distinct and fluid even during the chaos of battle. The stages are gorgeous as well, with tons of hidden details for fans of the property tucked away in every corner. 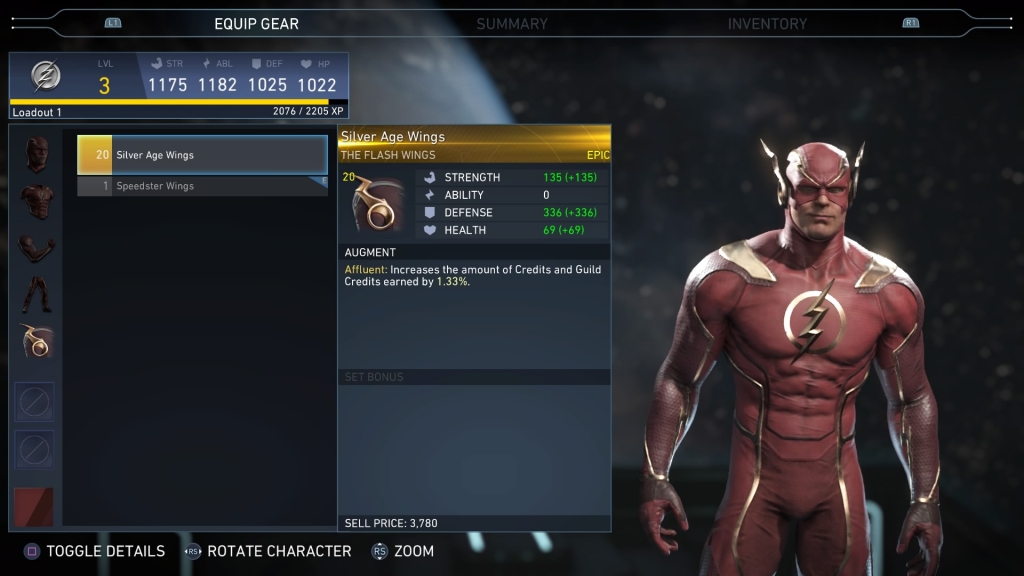 A new addition to the franchise, Multiverse mode, allows players to play through a variety of alternate takes on classic and modern story lines, earning experience and items for their characters. Each character can feature several load outs, and has multiple variations of weapons, armor, and costuming. As different gear provides different levels of boosts, there is a lot of potential here to really customize a character, and smart design choices keep the various pieces from looking too out of place when combined. However, a downside to this is that with so many characters, the chances of earning an upgrade for a favorite can be very low. Of course, this is 2017, so Injustice 2 features a micro transaction system designed to give you more chances at better loot. Thankfully, it doesn’t feel necessary to spend money in order to be competitive, and the game does a decent job of providing lots of loot boxes without feeling like a grind. 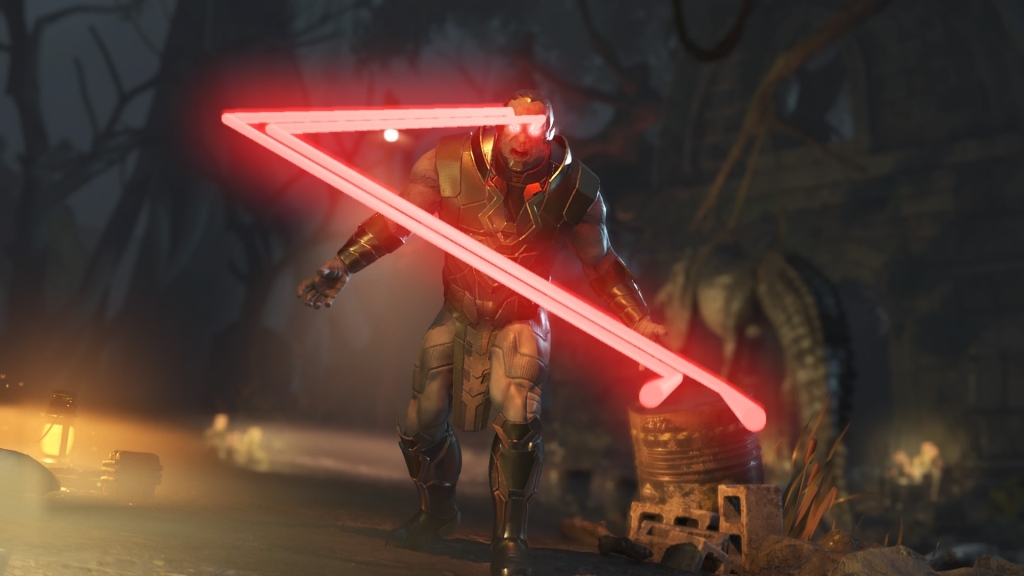 With all of its strengths, only a few weaknesses keep Injustice 2 from becoming an instant classic. The story mode, while very good, is over too fast, and will leave players wanting more explanation of its events, even after multiple playthroughs. The loot system is an interesting addition to a fighting game, but can be intimidating at first, especially to players unfamiliar with maximizing equipment bonuses. Finally, some of the characters seem far less balanced than others, and playing as one of the underpowered fighters against one that needs nerfing is no fun at all.

Despite those flaws, however, Injustice 2 stands out as a stellar fighting game, a love letter to DC Comic fans, and a solid follow up effort. It’s worth a look for casual battles against friends, or for the competitive fighters looking for a new property to dominate. Either way, it’s a beautiful game that lets you hit punch Robin with a dinosaur, making it definitely one of our top picks of the year.