Does the first blaster in the Accustrike series live up to its accuracy claims?

While dart variations for NERF are usually reserved for color and the occasional suction dart, the Accustrike line introduces the aptly named Accustrike darts, claiming far better accuracy than the previous Elite darts. To launch this line, NERF has created two new blasters: the Falconfire and the Alphahawk, each technically a part of the previous Elite line. In fact, it’s worth taking a moment to realize the Hasbro listed name of this blaster is the ‘Nerf N-Strike Elite Accustrike Series Alphahawk’ which may just be the longest name they’ve ever released. Title aside, the Alphahawk is a smaller-scale rifle with a bolt-action firing mechanism and a 5-shot cylinder. 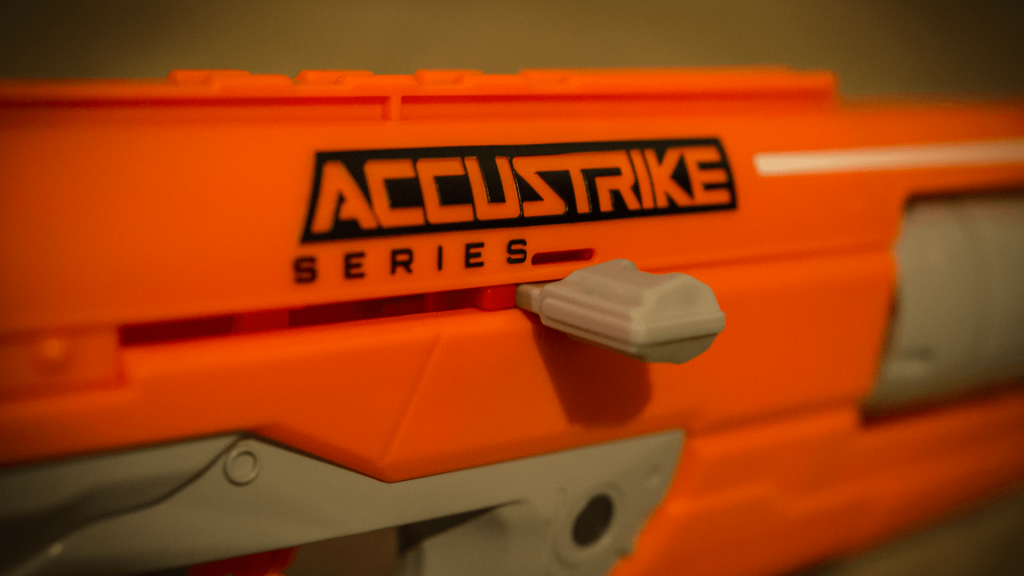 Inside the box, the blaster requires a small amount of assembly by snapping a plastic bolt into each side of the blaster. The Alphahawk features two tactical rails, one on the top near the stock, and one on the bottom of the muzzle. Both are long enough to steadily support accessories, but the small, slender design of the gun makes most add-ons look more bulky than functional. It also features a built in ironsights at the tip of the muzzle, which serves well while aiming, especially considering Nerf ‘sights’ are really just plastic tubes. The entire design is hard plastic, excluding a surprisingly comfortable  rubberized grip. The stock, while too short to be used at the shoulder comfortably by adults, is sturdy enough that leaning the gun on it for extended periods of time won’t warp the plastic. 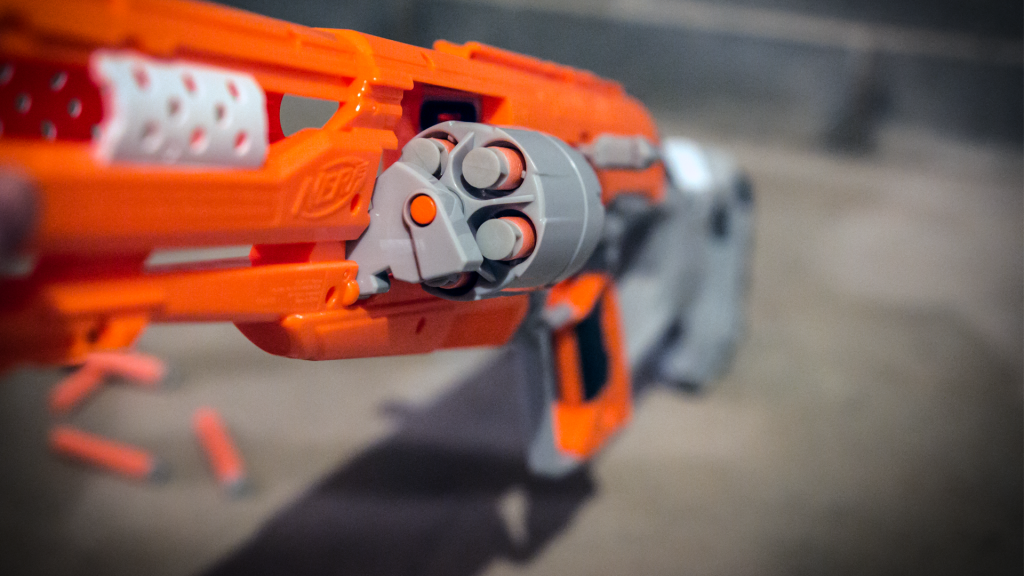 The Accustrike line is built around accuracy, and to its credit, the Alphahawk excels at landing shots where you are aiming…as long as you are using the Accustrike darts. While the gun itself is fun and has a really professional design sense, without the special darts it places itself squarely in the middle of normal Elite performance. Firing the gun does make a satisfying sound however, but the absence of slam fire and a low ammo capacity sadly drops the gun down a few notches by itself. Additionally, the bolts are a little small, and lack the satisfying grip of other bolt action rifles like the Longshot or the Centurion. 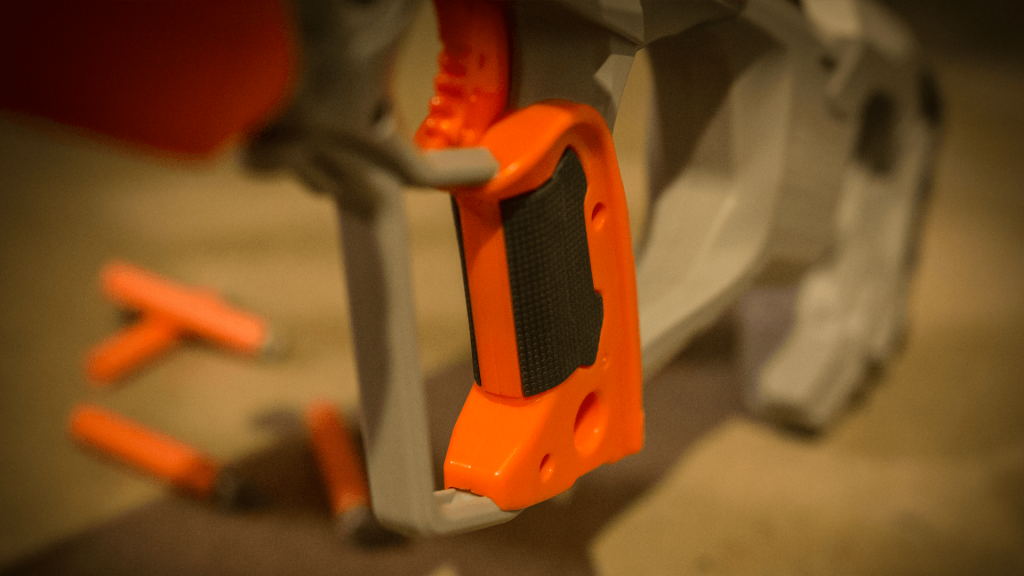 Adding in the Accustrike darts, however, transforms the blaster into a whole different beast. In our tests, shots with Accustrike were much more accurate than standard darts, striking a 5″ square stationary target at 25 feet 80% of the time. In comparison, when loaded with a variety of other Nerf darts, accuracy dropped to 50%. Obviously, these results will vary with the skill of the shooter, but it’s easy to see that the claims of superior accuracy are not inflated at all. This, of course, creates a downside when the gun only comes with ten darts, and reload packs are still sparse on the shelves as of this article.

Overall, the Alphastrike is a solid gun that comes with some exceptional ammunition. It’s biggest strengths may actually be that, with common internals and a stylish,  but simple design, this blaster is perfect for cosplay or modification needs.  While it can’t quite compete in power to some of the larger rifles, especially the Mega line, it still places fairly well in all tests. At a current MSRP of $29.99 (USD) it doesn’t hit the wallet too hard either, making this a decent pickup for casual play and collectors.