The newest pump-action Nerf blaster is fun, but flimsy.

The latest Mega blaster from Nerf, the DoubleBreach is a pump-action, single-shot blaster capable of holding two mega darts at once. Though the blaster doesn’t advertise the function, it is slam-fire capable, though with only two shots this is less of a selling point than usual. In fact, the severe ammunition restriction of a breach-loading blaster might outweigh the benefits for more competitive shooters, but the DoubleBreach is a fun, if somewhat flawed, gun. 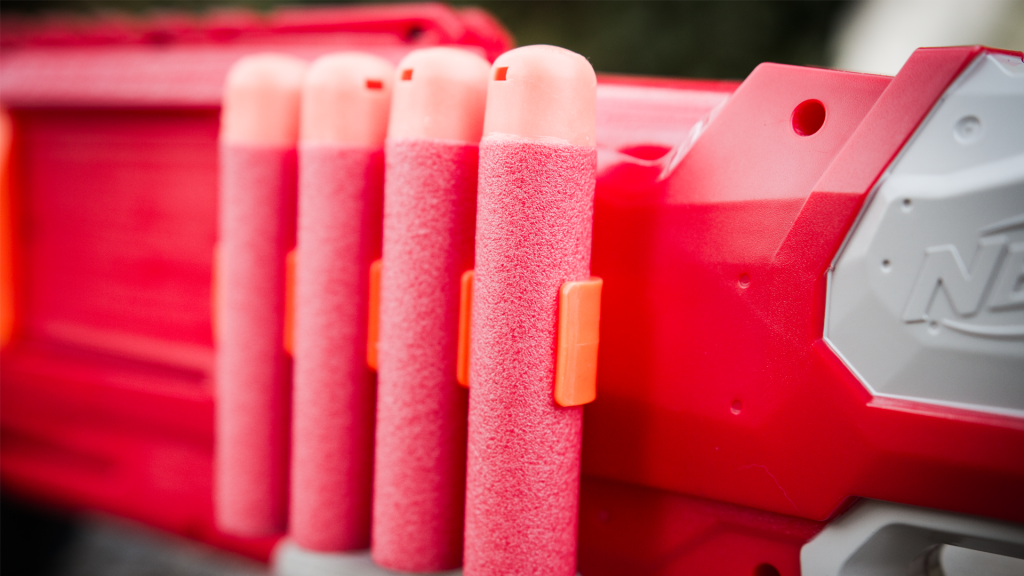 Packaged with six mega darts, the DoubleBreach comes with a semi-permanent dart storage attachment to allow for easier reloading. Other than that small assembly, the gun is ready to go straight out of the box, and extremely simple to use. Each dart is loaded into an individual holder inside the left side of the gun, secured behind a loading door that can only be opened when the handle is pulled back. Firing is as simple as pumping the forestock and pulling the trigger, and the DoubleBreach fires each dart individually. Initial tests saw the blaster firing at an average of 60-70 feet with a substantial amount of power at a straight shot. On top of its simplicity and power, the DoubleBreach is also surprisingly accurate, most likely due in part to the heavier ammunition. In testing (which we will outline in a future update) the DoubleBreach hit the target roughly 70% of the time, placing it fairly high in the Mega line. Also included are one top mounted tactical rail and two shoulder strap attachment points. 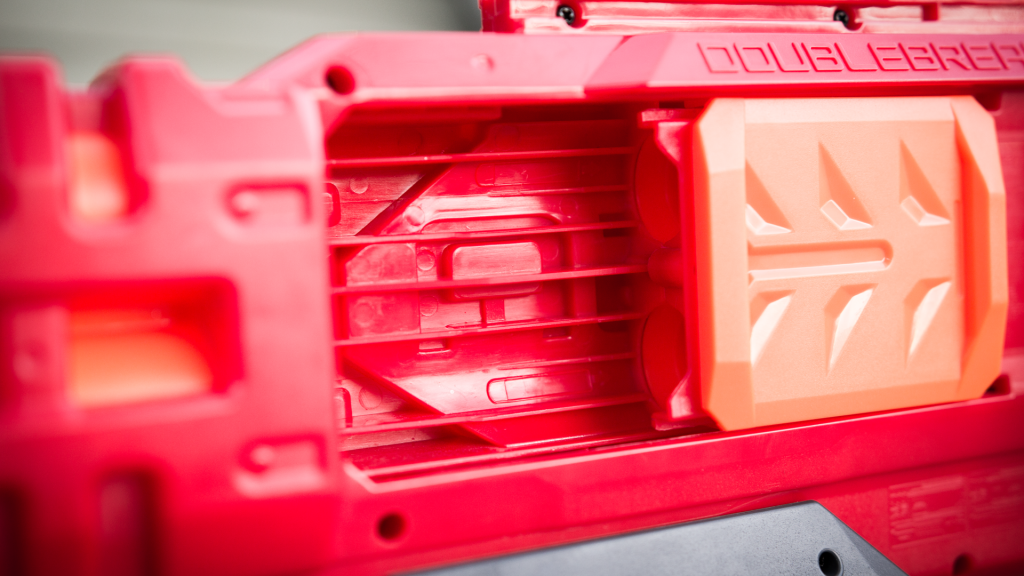 Style wise, the DoubleBreach features the same aggressive red and orange styling, with a dark grey forestock that complements the overall scheme. The loading door is a light orange, however, which ends up looking a little cheap compared to the more rich colors. However, the gun feels far more hollow than other Nerf blasters, especially when compared to the rest of the Mega line. Coupled with an extremely slim profile, this light weight actually detracts from the overall feel of the gun. It’s a strange disconnect as the gun itself performs very well, but feels substantially more like a ‘knock off’ brand blaster. However, its light weight and smaller frame size may make it more appealing to professional shooters as a backup capable of delivering a solid punch. It’s also worth mentioning that the handle is a little small, and might be uncomfortable for shooters with a bigger grip.

With a MSRP of $24.99, the DoubleBreach is a solid, if not overall exceptional addition to the Nerf Mega lineup. While it probably won’t become a popular main blaster any time soon, its solid performance and easily-modded design push it above other, similar blasters from competing brands.