A superhero that doesn’t need a mask or cape.

Before the exaggerated superhero took over the comic pages, bringing with them even more fantastic and unbelievable tales of wonder and fantasy, there was a string of more realistic, everyday heroes with extraordinary power, that behaved more like you and me.  Serial “pulp” magazines, which pre-dated comics by a couple of years, featured heroes like the Phantom, the Shadow, and Doc Savage.  Without even the mystical powers of the first two names, Doc Savage was simply a man at peak physical and mental condition, aided by substantial wealth and a thirst for adventure, that traveled to every corner of the globe unraveling mysteries and discovering treasure and riches. 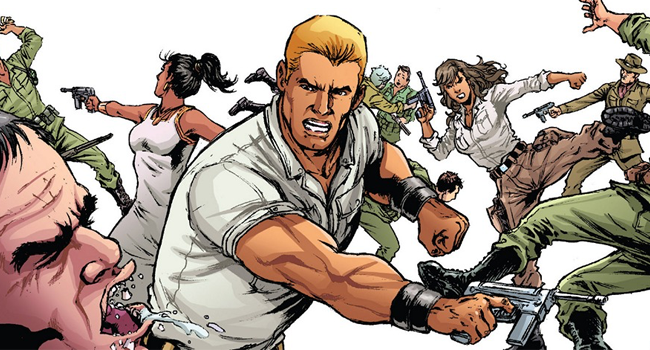 Created in 1933 by Henry W. Ralston, Lester Dent, and John L. Nanovic, Doc Savage served to capitalize on the popularity of the Shadow, released by the same publishing company, Street and Smith Publications.  The release of 181 issues, accompanied by a radio program, three feature films (two never saw completion), and a series of novels that adapted the original magazines, helped solidify his popularity over the years.  Most recently, a reboot from Dynamite Entertainment, written by Chris Roberson with beautiful art from Bilquis Evely brought the hero back to a niche group of readers.  The latest outing from Dynamite, Doc Savage:  The Spider’s Web, was a happy acquisition of mine from my local comic store.  Immediately I noticed that the artwork and covers were being handled by different artists.  In exchange for the sharp, beautiful bright images that distracted a reader with their brilliance, you got a simpler look, which complimented a faster-paced story.  Doc Savage was always more mystery than straight action fodder; you had no choice but to get swept up in the story, while the vibrant art transported you to the early 20th-century alternative universe, where technology was advancing by leaps and bounds, but only once it could be wrested from the hands of the wicked and greedy.  This title is no different.  The way the plot progresses fits a shorter-run storyline, offering just enough setup with the first issue to have you guessing, “Where do they go from here?”  The artwork was much more lustrous when handled by Evely, with matching covers from Alex Ross, but it doesn’t detract significantly. 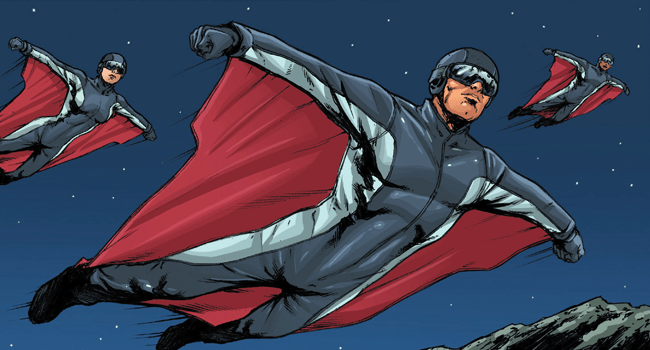 Another change from Dynamite’s initial release is the absence of Doc’s “Brain Trust”:  a titular team of sidekicks, who offered more an interpersonal and humanizing exchange for Savage, rather than a useful resource from which he could draw help.  They were each experts in their individual fields, but combined they still couldn’t match Doc’s skill or expertise.  In Web of the Spider, Doc’s team is younger, more like pupils eager to watch and learn, with the exception of his cousin, Patricia.  The novels eventually did away with “the Fabulous Five”, as they were named, when it became clear to readers that Doc rarely needed them during his adventures.

My affinity for Doc Savage runs deep, and so far, Dynamite has not disappointed me.  I’m sure The Spider’s Web will prove another exciting, captivating mystery adventure, full of dastardly villains, exotic locales, and intricate plots that will weave a story that is a testament to why Doc Savage remains “the World’s First Superhero”.